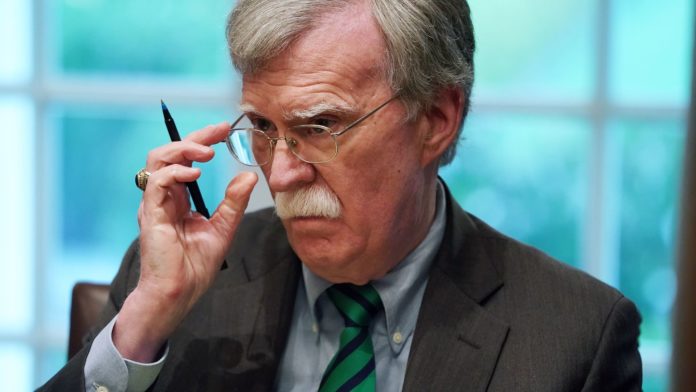 President Donald Trump has tried for over a year to achieve some sort of detente with North Korea, even meeting twice with North Korean dictator Kim Jong-Un, but it appears his efforts have come to nothing, as a government official for the isolated nation is now lashing out with insults about John Bolton, Trump’s national security adviser.

A spokesperson for the North Korean foreign ministry told Reuters that Bolton’s comments were unwelcome and unnecessary:

“His claim is indeed much more than ignorant,” the spokesman said, according to the news service. “Our military drill neither targeted anyone nor endangered the surrounding countries, but Bolton makes dogged claims that it constitutes a violation of the ‘resolutions’, impudently poking his nose into other’s internal matters.”

The Associated Press notes that this isn’t the first time North Korea has been critical of Bolton. And the spokesperson for the government in Pyongyang added:

“It will be fit to call Bolton not a security adviser striving for security but a security-destroying adviser who is wrecking peace and security. It is not at all strange that perverse words always come out from the mouth of a structurally defective guy, and such a human defect deserves an earlier vanishing.”

While in Japan for a meeting with Japanese Prime Minister Shinzo Abe, Trump attempted to downplay the missile tests conducted by the North Koreans, tweeting out:

Has Trump bothered to share his thoughts with Bolton, or are the two men even in communication with one another?