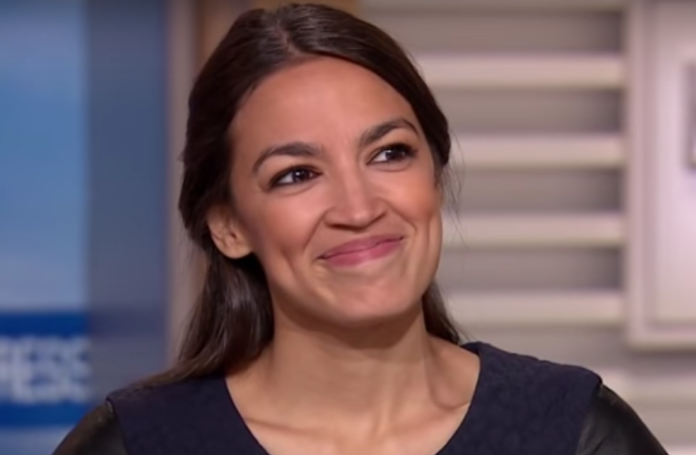 Rep. Alexandria Ocasio-Cortez (D-N.Y.) mocked conservative climate change deniers for making complete fools of themselves on Thursday after they attacked her support of solar panels because it’s cold outside.

The freshman Democratic congresswoman is a strong supporter of solar energy as part of her Green New Deal proposal to eliminate carbon by finally switching from coal and oil to renewable energy sources.

Unfortunately, many conservatives including President Donald Trump, deny that climate change is real and some of them even used the extremely cold weather to attack her.

It’s a bit cold outside this morning in middle America… Aren’t you glad you aren’t heating your home with a solar panel like nitwit Socialist @AOC is demanding? pic.twitter.com/7080xSEPuC

Ocasio-Cortez, known for embarrassing Republicans who attack her, took aim at Hoft’s stupidity.

The Republican Party’s best and brightest is back at it today, I see https://t.co/iTXjQPZ9Ek

She then pointed out Trump’s stupidity after historian Kevin Kruse observed that the forecast shows that the sun is still shining on these cold days, which means solar panels are still taking in solar energy to generate power for homes.

cc: the President, a vulnerable and easily riled man who chooses to govern by conspiracy memes shared on Facebook instead of actual briefing data https://t.co/rpjQovpDlX

It should also be pointed out that solar panels do work on cloudy days and energy can be stored to use when needed. Cold weather doesn’t mean solar panels stop working, and all Hoft proved is that he has no clue what he’s talking about.

Clearly, Republicans are so desperate to attack Ocasio-Cortez that they are willing to make complete idiots of themselves. And all they are doing is making her more popular.