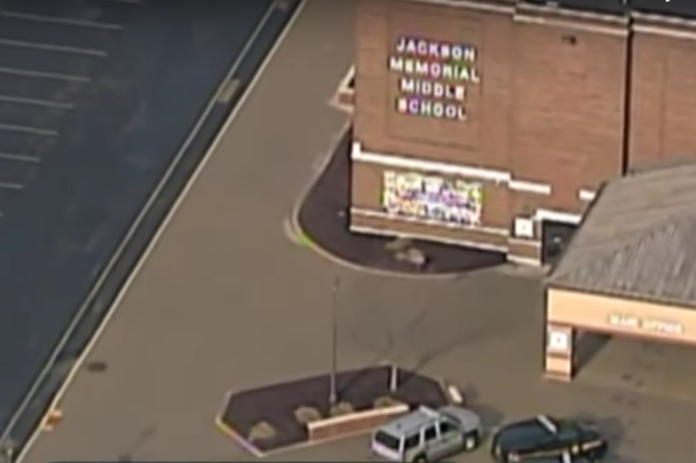 When 13-year-old Keith Simons entered his school with a .22 caliber long rifle on February 21, he intended to carry out a mass shooting similar to Columbine in 1999.

Instead, he changed his mind and killed himself.

Simons was well prepared to carry out the shooting, which would have occurred just a week after the Parkland school shooting in which 17 were killed. Inside his backpack, he had bottle rockets to use as distractions along with extra ammunition.

The question everyone has been asking is, why?

We now know that Simons idolized Columbine school shooters Eric Harris and Dylan Klebold and believed others would follow him as he followed them. He apparently sought some kind of recognition and seemed to be angry with his fellow students.

“In the days leading up to the shooting, Simons wrote about how he wanted to leave ‘a lasting impression on the world’ just like previous mass shooters and thought that he would die doing it. ‘

Simons wrote, according to the Hill:

“I’ll look in to those scared little britches [sic] eyes before I kill them there’s now I’ll have followers because I’m so awesome. … I know someone will follow me just like I followed Eric Harris and Dylan Klebolt’s [sic] me and them want close to the same thing, It’s going to be fun … They say school shootings are horrible but they don’t think like us, like me Eric and Dylan.”

It’s tragic that a 13-year-old, who wasn’t even born when Eric Harris and Dylan Klebold carried out the Columbine school shooting almost 20 years ago, would look up to such monsters.

It is equally tragic that Simons felt he had to carry out a school shooting:

“…To leave an impression on the world.”

He was only 13. He had plenty of time to distinguish himself and do something worthy of his life.

But, perhaps, Simons did leave an impression by his actions. Instead of going through with his plan to murder his schoolmates, he inexplicably changed his mind. He had already walked out of the bathroom with the gun in hand. He could have started killing them then.

He walked back into the bathroom and shot himself. The struggle this poor kid had within himself must have been intense. In the end, he killed no one. The tragedy, in this case, is that Simons didn’t feel he could get out of this situation alive as well. He could have put down his gun and asked for help.

Surely any adult at the school would have helped him.

This is why it is crucial that we have school safety programs designed to reach out to students like Simons. They need to know that they can talk to someone about their pain, that there are people willing to help and listen. Simons could have carried out his plan and many kids would not be alive today.

But Simons struggled with his demons that day and demonstrated that it’s never too late to turn back. It’s just sad that he can’t be here to share his story with others.

Perhaps his story would help others turn back as well.