The United States Blues
Home Politics Congress Over 200 economists endorse Medicare for All as ‘a sure winner’ in... 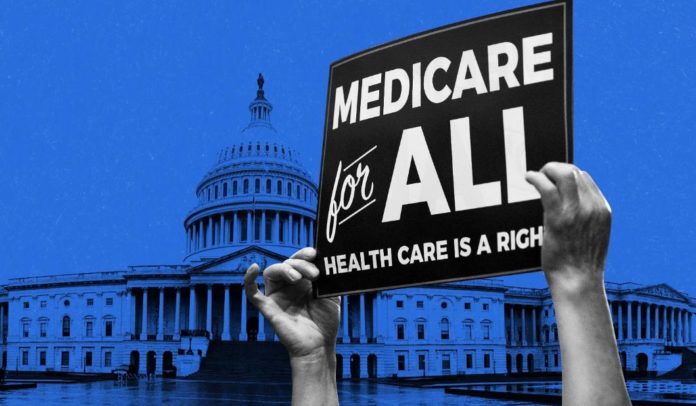 Hours before a historic hearing on single-payer health care that will be held by the House Budget Committee on Wednesday, over 200 economists sent a letter to Congress calling the current health care system in the United States “exorbitant and wasteful,” and urging Medicare for All as the most cost-effective and humane solution.

The economists pointed to the fact that the U.S. spends more on health care than any other nation but doesn’t get the results to be expected for such a high cost. That alone, they write, suggests that the current system must be replaced with a single-payer system:

“Evidence from around the world demonstrates that publicly financed healthcare systems result in improved health outcomes, lower costs, and greater equity. For these reasons the time is now to create a universal, single-payer, Medicare for All healthcare system in the United States.”

One of the economists who signed the letter, Jeffrey Sachs of Columbia University, noted:

“Medicare for All will give us a system already proven in other countries: much lower costs with less hassle and worry. It’s a sure winner—except for the profiteers.

“Medicare for All will give us a system already proven in other countries: much lower costs with less hassle and worry. It’s a sure winner—except for the profiteers.”

National Nurses United (NNU) is also supporting Medicare for All, and urged Americans to call everyone on the House Budget Committee to express their support:

They need to hear from constituents that we’re counting on their support. Is your member of Congress on this list? Call now!

NNU president Jean Ross said in a statement that the a single-payer system is the only feasible way to assure that every American is able to access and afford health care:

“For patients, the effects would be life-changing. A Medicare for All system would guarantee the care we need throughout our lifetimes and patients would no longer have to deal with debilitating premiums, out-of-pocket costs, hospital bills, and drug costs again.”

Most Republicans in Congress have refused to endorse a single-payer health care system, and President Donald Trump has cryptically promised that he will unveil his solution to the problem, but only if he is re-elected in 2020 and the GOP controls both houses of Congress.