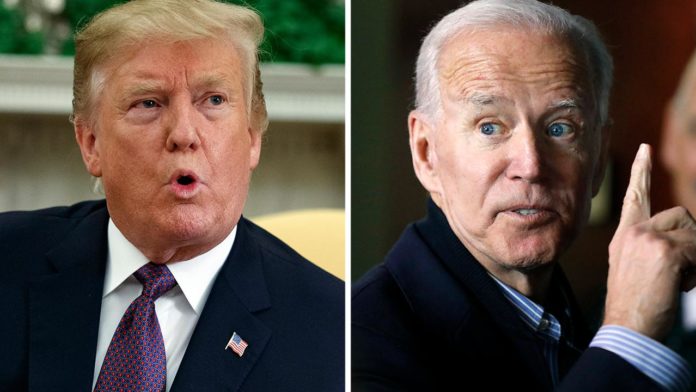 A new poll shows that President Donald Trump’s job approval rating has again fallen into the 30s as he begins his push for re-election.

According to a poll released late Tuesday by Quinnipiac University, only 38 percent of Americans approve of the job Trump is doing. 57 percent disapprove.

And the Quinnipiac poll also reveals that Trump’s bragging about the state of the U.S. economy isn’t helping him, either, and that could prove incredibly dangerous if the trend continues. 48 percent said they approve of how the president is handling the economy, with 45 percent saying they disapprove.

But on other issues — foreign policy, trade, relations with China and Iran — Trump is underwater:

48 percent of those surveyed said Trump’s trade war and tariffs on Chinese goods are bad for the country and their personal financial situation.

Tim Malloy, assistant director of the Quinnipiac University Poll, said the numbers are troubling, especially for an incumbent president:

“The nation’s economy is pretty darn good and President Donald Trump’s approval
numbers are pretty darn awful. So what to make of the good news, bad news mashup and how to correct it?

“For the moment, the disparity leaves the president on shaky re-election ground.”

54 percent of those who participated in the Quinnipiac poll say they definitely will not vote for Trump in 2020. That’s an increase of two percentage points from a Quinnipiac poll taken on April 30.

In contrast to Trump’s poor showing in the poll, former Vice President Joe Biden, the clear front-runner for Democrats, got some good news from the Quinnipiac survey:

“With a 49 – 39 percent favorability rating, Biden is the only presidential contender, Democrat or Republican, with a clear positive score. Favorability ratings for other Democrats are negative or mixed.”

Here’s the breakdown for the other Democratic contenders seeking the 2020 nomination: