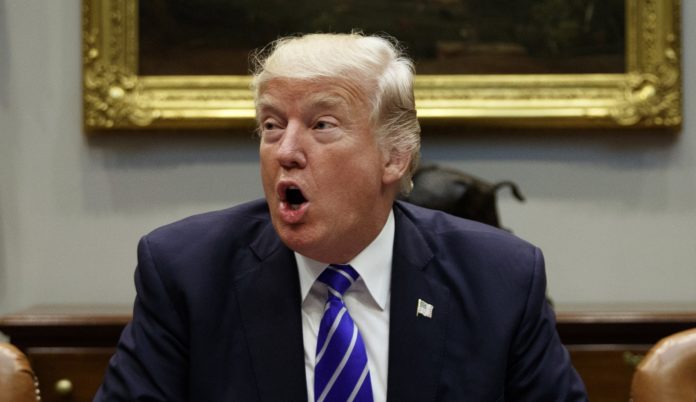 As he seeks reelection in 2020, President Donald Trump continues to see polls which show him running far behind nearly every single Democrat seeking to be his opponent in next year’s election.

Even a recent Fox News poll showed that Trump would lose if the election were held today, Mediaite reports:

While Trump managed to slightly close the gaps with Sanders, Senator Elizabeth Warren, and Senator Kamala Harris, Biden has opened up a 14-point lead against Trump, 52 percent to 38 percent. Biden led Trump by 12 points in the August Fox News poll.

CNN polling expert Harry Enten, along with political analyst John Avlon, warned Thursday that the fact Biden holds a 15-point lead over an incumbent president should be of great concern to the White House, with Enten noting:

“If you go back to 1943, essentially, the Second World War, what you’ll find is no president at this point was trailing by as much as Donald Trump is trailing Joe Biden right now. He’s the worst of any incumbent right now.”

That led Avlon to remark:

“Trump is really in trouble if you look at the polls,” he said. “The state-by-state [polls] aren’t any better.”

Indeed, if you take a closer look inside the polls, you see bad news everywhere for Trump, especially in key battleground states that helped propel the president to a surprise Electoral College victory in 2016. And even on his strongest issue — the economy — Trump looks weak in states such as Florida, Michigan, Nevada, Pennsylvania, and Wisconsin.

A recent poll conducted by Priorities USA shows the president losing to a generic Democrat 48 percent to 40 percent.

However, it bears repeating that it’s still early. The election is 14 months away and things can change drastically in a week, let alone before the election is held.

But as of now, Donald Trump is in a historically diminished standing among voters. And that cannot be good news for his chances of winning a second term.