The United States Blues
Home News Prosecutors offer Robert Kraft a deal to drop charges if he does... 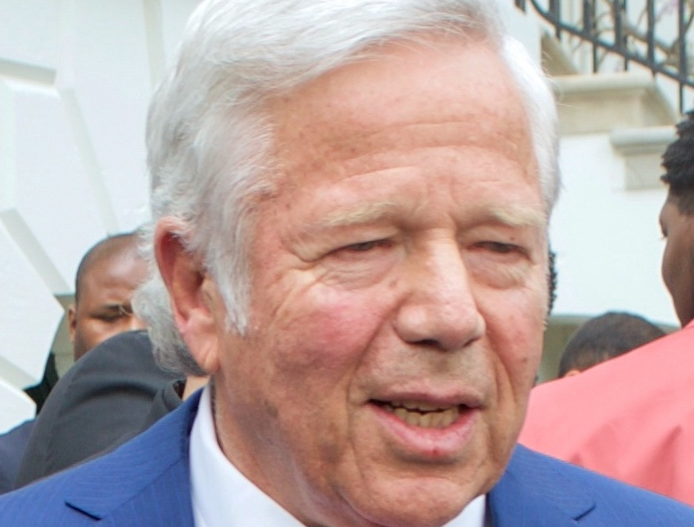 ***Update at bottom of the article***

New England Patriots owner Robert Kraft has a deal on the table from prosecutors in his prostitution case. Whether he accepts it or not is another matter.

Police arrested Kraft during a sting operation targeting a Florida spa and massage chain suspected of dealing in sex slavery and human trafficking.

The spa was once owned by Li Yang, who has since been connected to several prominent Republicans, including President Donald Trump and his two sons, Fox News personalities and conservative congressmen and senators.

The most time anyone caught up in the sting would serve in jail is 60 days according to Florida law, but prosecutors are offering Kraft a deal to avoid it. He just has to do one thing in return.

Prosecutors have offered to drop charges against New England Patriots owner Robert Kraft and other men accused of soliciting prostitution at a Jupiter, Florida, day spa in exchange for their admission of guilt, a source with knowledge of the investigation said Tuesday.

But an admission of guilt would complicate Kraft’s ownership of the Patriots as NFL Commissioner Roger Goodell is being pressured by sexual assault survivors and at least 60 organizations to ban him from the league.

The problem is that Kraft was videotaped soliciting sex by law enforcement and by taking the deal, he could bury the tape.

It’s not known whether Kraft or the others will accept the conditions of the diversionary program, which includes completing 100 hours of community service, screening for sexually transmitted diseases, completing a course about prostitution and paying $5,000 per count.

If Kraft accepts the deal, the videotape evidence most likely would be sealed under Florida law, meaning it would never be aired in public.

The team would likely pass to one of his children if Kraft takes the deal.

He has previously pleaded not guilty and his next court date is set for later this month.

(CNN) – Robert Kraft will not accept a plea deal offered by Florida prosecutors in the case against the New England Patriots owner and other men accused of soliciting prostitution at a Jupiter, Florida, day spa, a source familiar with the case told CNN on Wednesday.