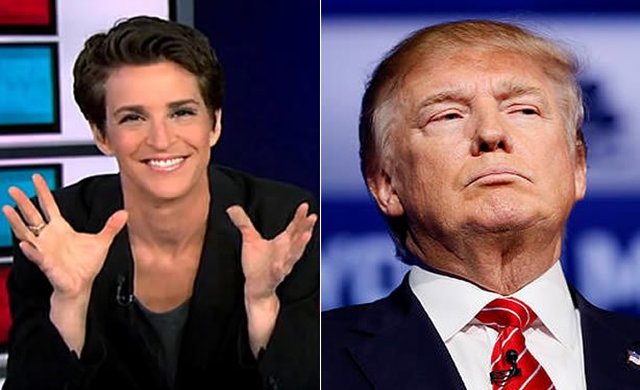 While the White House was busy taking a victory lap after President Donald Trump’s handpicked attorney general gave him a clean bill of health with his four-page summary of the Mueller report, the president was busy repeatedly shooting himself in the foot on Tuesday, according to MSNBC host Rachel Maddow.

With two incredibly boneheaded moves, Maddow said on her show Tuesday evening, Trump severely hurt his chances of being re-elected in 2020.

The two issues Trump fumbled are Obamacare and his beloved border wall. As Maddow noted:

“So you take those two things together, and I mean, it has been a day with lots of news in it, but it’s also been a day when a lot of news that broke is big news,I mean, among other things, we learned today that the Trump administration’s legal firepower from here on out, from here at least until the next election in 2020, is going to be devoted in the courts to trying to take health insurance away from tens of millions of Americans, to make them all uninsured and they’ll be fighting to take money away from U.S. troops to instead build Trump a wall that most Americans do not want. Which is, I guess, a nice double-barrelled strategy for the president’s reelection campaign, I’m sure they think that is.”

Keep in mind that health care was one of the main issues that Democrats rode to victory in the 2018 midterm election. And yet Trump has decided that he wants the Justice Department to help kill the Affordable Care Act (ACA) by signing on to a lawsuit from several states who are seeking to destroy the law. That would include eliminating protections for those with pre-existing conditions, one of the most popular features of the ACA.

Trump is trying to solidify his political base as the next election approaches. The problem is, that’s just 30 to 35 percent of the voters, and he isn’t going to win in 2020 if he manages to rip apart Obamacare and steal money from troops in the field. If Trump thinks that’s a winning strategy, then he’s even dumber than we suspected.