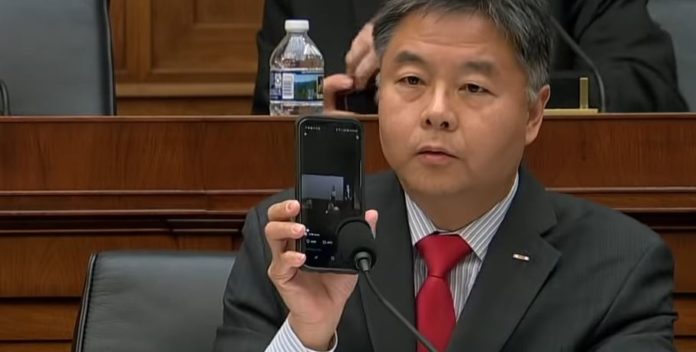 For some reason, House Republicans chose right-wing pundit Candace Owens to be a witness during a hearing about the growing problem white nationalism in this country. And as Rep. Ted Lieu (D-Calif.) would masterfully demonstrate, they made a terrible decision that blew up in their faces.

During the hearing, Owens sat in humiliation as Lieu took his turn to speak and played audio of her speaking positively about Adolf Hitler, who orchestrated the mass murder of millions of Jews and plunged most of the world in war all because he believed Nazis to be the superior race.

“In congressional hearings, the minority gets to select its own witnesses,” Lieu began. “And of all the people the Republicans could have selected, they picked Candace Owens. I don’t know Miss Owens. I’m not going to characterize her. I’m going to let her own words do the talking. So, I’m going to play for you the first 30 seconds of a statement she made about Adolf Hitler.”

“When we say nationalism, the first thing people think about, at least in America, is Hitler,” Owens is heard saying. “He was a national socialist. If Hitler just wanted to make Germany great and have things run well, okay, fine. The problem is that he wanted — he had dreams outside of Germany. He wanted to globalize. He wanted everybody to be German, everybody to be speaking German. Everybody to look a different way.”

Owens also said she had no problem with the term “nationalism” and blamed “elitists” for “poisoning the word.”

That’s not much different than the way white nationalists think today, and the Fox News contributor knew her words had come back to bite her on the a** based on her reaction to having them played back to her.

Owens responded by falsely accusing Lieu of thinking that “black people are stupid,” and went on to further embarrass herself by attacking Democrats and the hearing.