The United States Blues
Home Politics Congress Republican complains about Muslims in Congress and promptly gets schooled by Ilhan... 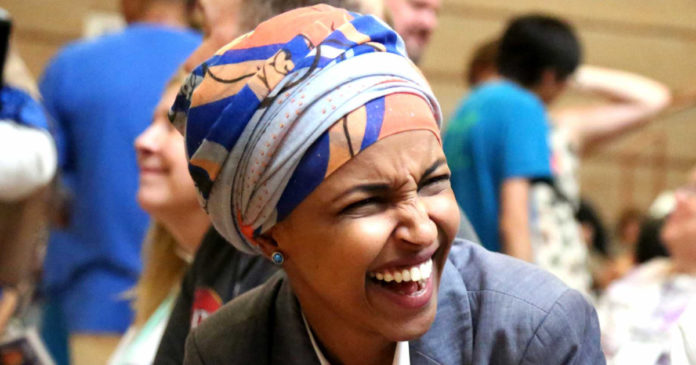 Rep. Mo Brooks (R-AL) isn’t exactly known for being the most open-minded or tolerant member of the GOP, but comments he made about Muslims having a “growing influence” on the Democratic Party, and was mocked with some expert trolling from Rep. Ilhan Omar (D-MN)

During an appearance on “The Jeff Poor Show,” Brooks had this to say:

“Keep in mind – Muslims more so than most people have great animosity towards Israel and the Jewish faith. And as you have more and more Muslims in the United States, as they gain greater and greater influence in elections, particularly in Democratic Party primaries – then you’re going to see more and more people like Ilhan Omar, Rashida Tlaib and company that are anti-Israel, and that brings an entirely different viewpoint into the United States Congress.

Journalist Mehdi Hasan of The Intercept shared a link to the interview on Twitter:

Open bigotry from a sitting GOP member of Congress but will get little coverage or outrage. Sigh. https://t.co/g8dIIxVxbQ

Also, if they are losing their minds over three Muslims in a body of 535, wonder what happens when there is 20 or more ? https://t.co/QwN9apFHUB

Apparently, in today’s Republican Party, you cannot be the least bit critical of Israel’s policies or suddenly that makes you anti-Jewish. Using that same flawed logic, wouldn’t a Republican automatically be considered a racist since there are almost no African-American members of Congress?

Congressman Brooks is just trying to do the same thing President Donald Trump does so often: Spread fear and innuendo. It’s the chosen tactic of desperate politicians, and it’s as disgusting as it is pathetic.