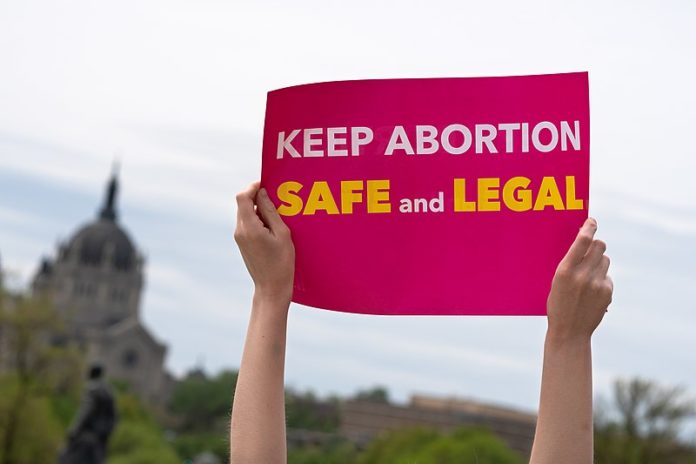 A Republican-appointed federal judge in North Dakota blocked a law from taking effect this week that would have forced doctors to lie to women about medication abortions.

Medication abortion is performed by first directing a patient to take a dose of mifepristone, which blocks the production of progesterone. This is then followed up with a dose of misoprostol that causes evacuation of the uterus. It’s an effective abortion procedure steeped in science to back it up as one of the safest kinds of abortions available to women.

But conservatives are convinced that these kinds of abortions can be magically “reversed,” which is why North Dakota Republicans passed a law forcing doctors to tell women that the abortion can be reversed, all without providing any medical evidence to prove their claims.

The law was part of a wave of draconian anti-abortion laws Republicans also passed in Missouri, Alabama and Georgia this year.

Obviously, this is a dangerous lie that would have significant harmful effects, and would violate the trust between women and their doctors.

That’s why the American Medical Association teamed up with the Center for Reproductive Rights to file a lawsuit against the state earlier this summer.

And on Tuesday, their lawsuit succeeded when District Court Judge Daniel Hovland, who had been appointed by former President George W. Bush, blocked it from taking effect and strongly rebuked it.

“Legislation which forces physicians to tell their patients, as part of informed consent, that ‘it may be possible’ to reverse or cure an ailment, disease, illness, surgical procedure, or the effects of any medication — in the absence of any medical or scientific evidence to support such a message — is unsound, misplaced, and would not survive a constitutional challenge under any level of scrutiny,” Hovland wrote in his decision according to CNN. “State legislatures should not be mandating unproven medical treatments, or requiring physicians to provide patients with misleading and inaccurate information.”

“With this ruling, physicians in North Dakota will not be forced by law to provide patients with false, misleading, non-medical information about reproductive health that contradicts reality and science,” she said.

Republicans are sinking to new lows in their desperate effort to outlaw abortion in this country, even if it means forcing doctors to give women false information that isn’t based on medical science. These kinds of bills are wrong and fly in the face of a doctor’s oath to do no harm to their patients. Surely, even higher courts will agree that forcing doctors to lie to women is downright scandalous and will affirm Hovland’s ruling.