The United States Blues
Home News Republicans claim they never disrespected Obama and this conservative commentator is having... 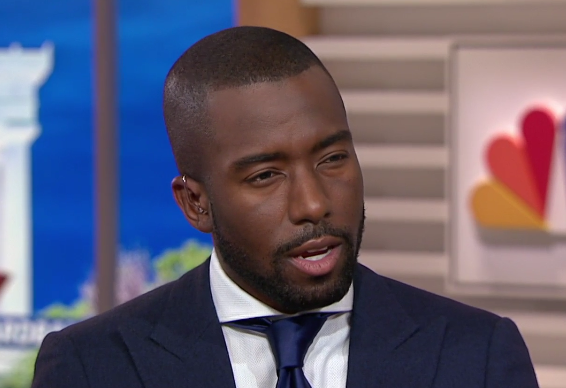 Republicans are now defending President Donald Trump by accusing Democrats of being disrespectful while claiming they never disrespected former President Barack Obama. Even a conservative commentator called them out for that lie.

In the wake of House Democrats passing a resolution condemning Trump’s racist attack against four Democratic congresswomen, House Minority Whip Rep. Steve Scalise (R-La.) had the gall to claim that Republicans never disrespected Obama at all.

“We had disagreements with a lot of Barack Obama’s policies, but we never disrespected the office,” Scalise said with a straight face. “We expressed our disagreements in a respectful way.”

As MSNBC host Chris Matthews pointed out on his show later in the day using videotape, Scalise is as much of a liar as Trump because Republicans frequently disrespected Obama throughout his eight years in office and even hurled racism at him.

For instance, Rep. Joe Wilson (R-S.C.) shouted “You lie!” at Obama during the State of the Union Address.

Rep. Mark Meadows (R-N.C.) held an event where he declared that it’s “time to send Mr. Obama back to Kenya or wherever he’s from.”

And former Rep. Doug Lamborn (R-Co.) used a racial slur to explain why he doesn’t want to associate with Obama.

“It’s like touching a tar baby and you’re stuck and you’re part of the problem now,” he said.

Seriously, Republicans are literally claiming they did not say all of the racist disrespectful things about Obama that they are on tape saying.

Matthews then turned to Republican commentator Shermichael Singleton, who refused to let his party get away with this outrageous lie.

“Oh, hell no!” he replied. “They’re not clean, Chris. Excuse my language. This really angers me. I’m a conservative, but there was a huge sense of pride for me to see Barack Obama get elected. It was just amazing for me as a young black kid to say, ‘Oh my God, look at this black guy. He is the president.’ So, you have Republicans sitting there saying they never — they disrespected President Obama every step of the way. You don’t have to like the policies, but why in the hell do you have to disrespect the man merely because of how he looked? How he looked.”

Calling Trump a racist is not disrespectful. It’s just the truth. Trump did not have to attack the Democratic congresswomen the way he did. But instead of sticking to attacking their policies, he resorted to telling them to go back to the countries they came from, which is a racist dog-whistle.

Three of the four were born in the United States. And all four are American citizens, Rep. Ilhan Omar (D-Minn.) having arrived here as a child and gaining citizenship at 17. She’s even been a citizen longer than First Lady Melania Trump.

And Trump specifically targeted four women of color in his diatribe, so Republicans are pathetic when they claim Trump’s attack had nothing to do with race. It most certainly did, and it reminded everyone that he’s a birther.

Also, it’s not “disrespectful” to consider impeaching a president, especially a corrupt president like Trump. It’s in the Constitution, so unless Republicans are saying that the Constitution is disrespectful, they should stop talking before they make things worse for themselves.