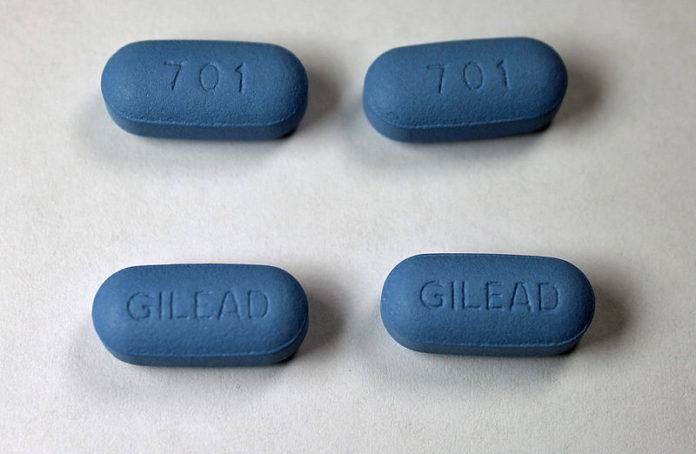 House Republicans made it clear on Thursday that they have no intention of trying to lower drug prices as President Donald Trump has been promising when they openly whined about Democrats grilling a greedy Big Pharma CEO.

Gilead CEO Daniel O’Day testified before the House Oversight Committee because of the astronomical price of Truvada, a drug that prevents deadly infections in HIV and AIDS patients. It costs nearly $2,000 a month, a price that most Americans simply cannot afford.

Rep. Alexandria Ocasio-Cortez (D-N.Y.) pointed out that the drug only costs $8 in Australia, which has universal healthcare. She also noted that the American people paid for the creation of the drug and owned the patent before the federal government privatized it.

“I think it’s important here that we notice that we the public, we the people, developed this drug,” she said. “We paid for this drug, we led and developed all the patents to create [Truvada] and then that patent has been privatized, despite the fact that the patent is owned by the public, who refused to enforce it.”

Other Democrats also slammed O’Day and his company’s price-gouging. But Republicans threw a fit, not because Gilead is overcharging Americans for life-saving medication, but because Democrats are letting the company get away with it.

“I just cannot understand why we are spending time sitting here listening to people lecturing companies about making money,” Rep. Chip Roy (R-Texas) said. “I hope you make a lot of money. But to sit here and attack the capitalistic system that produces and distributes medicine that is saving lives around the world? I mean it is just offensive!”

No, what’s offensive is that Republicans are okay with a drug that only costs $8 in Australia costing a fortune here. That kind of price doesn’t save lives, it sentences those who can’t afford it to death.

“I hope you make a lot of money!” Roy continued before complaining about Apple, which is not a Big Pharma company. “How much cash on hand does Apple have? $245 billion. How much has Apple done to go cure health?”

“Curing health” is exactly what Gilead is doing because they certainly are not helping to cure infections caused by HIV and AIDS. That’s a pretty poor choice of words by Roy.

His colleague Rep. Jim Jordan (R-Ohio) seemed to think that Gilead had developed a “miracle” drug all on its own and falsely claimed that access to the drug has not been impeded at all.

“Rather than applaud Gilead for manufacturing this miracle drug, they wish to demonize the company for making a profit,” Jordan said. “I fear that my colleagues are using today’s hearing as a platform to strong-arm private companies making breakthrough discoveries, all because they are upset at how markets work. The reality is that while Gilead has made money on this drug there doesn’t seem to be genuine issues with access.”

Again, the government patented this drug and American taxpayers paid for the development, not Gilead. Around the world, this drug and others cost only a few dollars while Big Pharma CEOs get disgustingly rich price-gouging Americans who have to decide between saving their lives or going bankrupt. That’s morally repugnant and is the precise reason why healthcare should not be a for-profit system. Republicans just proved they don’t care about the American people. They only care about corporate profits.