The United States Blues
Home News Ron Reagan torches Trump’s CPAC speech and all those who drooled over... 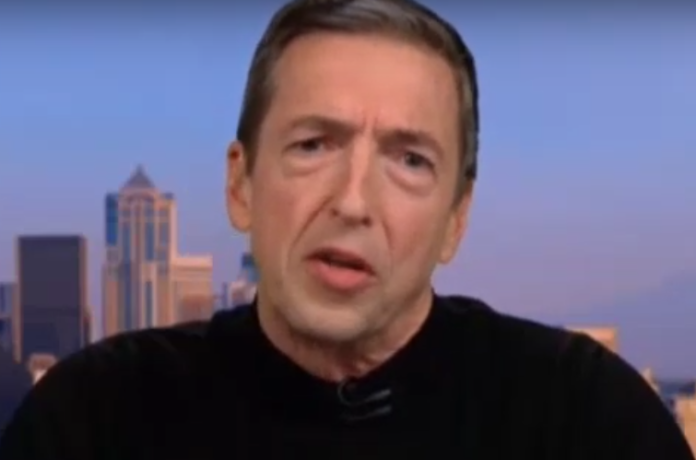 Former President Ronald Reagan used to deliver speeches at CPAC, but President Donald Trump’s two hour grievance fest over the weekend was so embarrassing that Reagan’s son Ron ripped it to shreds during an interview on MSNBC Monday.

Again, Trump rambled on and on in a disastrously embarrassing unscripted speech in which he attacked everyone from the press to Democrats to Special Counsel Robert Mueller. And his supporters ate it up.

During an appearance on “Hardball” with Chris Matthews on Monday, Ron Reagan expressed his utter disgust.

“If you ran into somebody on the street that sounded like Donald Trump did, you’d be moved to call the authorities,” Reagan began. “His whole id was on display there. His rage at Jeff Sessions, his contempt for the press and the media, his obsession with, yes, crowd size and things like that. Of course, his fear of Robert Mueller and the ‘bullsh*t’ investigation, always projecting, as usual.”

“Imagine if Barack Obama declared a national emergency for anything basically –they’d have been going out of their minds!” he continued after Matthews brought up Trump’s unconstitutional action.

He then turned to slamming Trump supporters for not caring about Trump’s behavior, scandals and crimes before rebuking Republicans for not doing anything to stop Trump in defense of the country and Constitution.

Reagan then warned Trump’s enablers and supporters that they’re going down with him.

“And when he goes down, those people, they’re going with him,” he concluded. “They ought to consider that. These people really they have no sense of self-reflection whatsoever, apparently, and no shame.”

Trump’s speech was so bad that a top GOP strategist declared the Republican Party “dead.”

Clearly, Reagan agrees and his dad is likely spinning in his grave over what his beloved GOP has become.