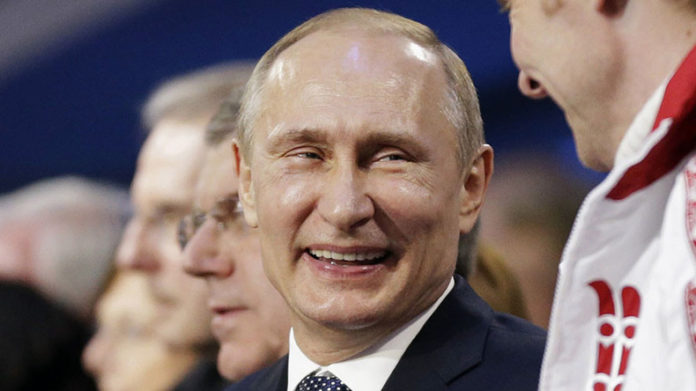 The Russians are up to their dirty tricks on behalf of President Donald Trump ahead of the 2020 Election, drawing a warning from the DNC telling Americans not to use an app known as “FaceApp”.

In 2016, the Russians interfered with the 2016 Election in an invasive social media campaign to divide Americans and collect information to use against us. Their efforts propelled Trump to the White House and has done more damage to our nation than they ever could have hoped for in their wildest dreams.

Now they’re trying to do it again, but faced with increased scrutiny from social media companies, the Russians are using popular apps such as “FaceApp” to basically spy on and collect data from Americans to help Trump win re-election.

“This app allows users to perform different transformations on photos of people, such as aging the person in the picture,” DNC chief security officer Bob Lord warned in an alert obtained by CNN. “Unfortunately, this novelty is not without risk: FaceApp was developed by Russians.”

So, this app is clearly developed by the Russians, which should raise serious red flags for anyone in the United States.

In fact, campaigns have already raised “significant concerns about the app having access to your photos, or even simply uploading a selfie.”

The creators of the app claim that while the app was developed in Russia, none of the data goes to Russia. And if anyone actually believes that, I have a bridge to sell you.

“It’s not clear at this point what the privacy risks are, but what is clear is that the benefits of avoiding the app outweigh the risks,” Lord said.

As the saying goes, “Better safe than sorry.”