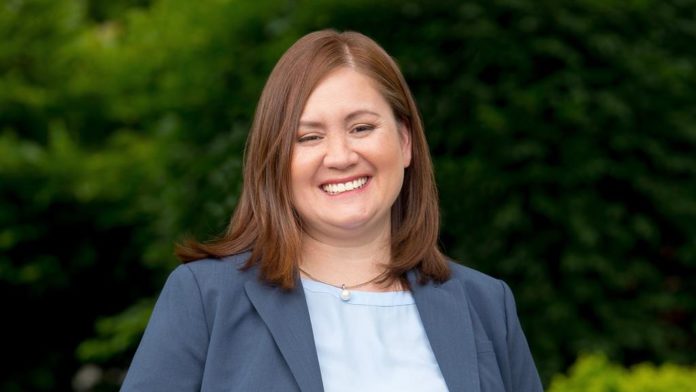 In Cincinnati, Ohio, Republicans are so afraid of a Democratic candidate seeking to be the next member of Congress from the First District a “socialist loser” despite the fact that she’s an Air Force veteran who flew missions in both Afghanistan and Iraq.

Democrat Nikki Foster is neither a socialist nor a loser, from what little we know about the Mason moderate after she launched her campaign in Ohio’s 1st Congressional District on Monday.

I don’t know too many socialists who are as pro-military as Foster, who recruits veterans for GE Aviation – a job she landed after she flew missions over Iraq and Afghanistan while on active duty. But that’s beside the point.

The issue is GOP desperation. Are the Republicans already in such a state of panic about Congressman Steve Chabot’s re-election bid that the party would stoop this low some 16 months away from the 2020 election?

As we’ve seen time after time this week (as well as repeatedly since he became president), Donald Trump has no problem hurling insults at veterans, even going to far as to suggest that the late Arizona Senator John McCain wasn’t a war hero because he was shot down and taken prisoner in Vietnam.

But now Republicans have decided to take the gutter route and try to trash an opponent they fear. Problem is, the move by the Ohio GOP could well come back to bite them squarely on the butt:

So the Republicans have to throw something against the wall. It’s easy these days to call every Democrat a “socialist,” though few of them actually are. The far-left is loud and their out-of-touch policy ideas drown out normal Democrats, but voters are smart enough to know the “socialist” moniker isn’t one-size-fits-all.

In the case of Foster, the Republicans might have overreached with the socialist thing. It was the National Republican Congressional Committee that released the “socialist loser” statement. In doing so, the congressional Republicans’ fundraising arm brought attention to a candidate no one knew about.

When almost no one knows you’re running, why in the world would you give them a spotlight not even the best advertising can buy? Here’s why: Desperation.

As Jason Williams of The Enquirer notes, Nikki Foster is now a real threat to the incumbent Republican, and the GOP can thank themselves for it:

But you gotta wonder if voters are now interested in learning more about Foster, currently in the Air Force Reserve. Circus man P.T. Barnum once said: “There’s no such thing as bad publicity.” Foster could use the “socialist loser” moniker to build name recognition. She doesn’t have deep fundraising connections, but this is the type of thing she could send to donors to get their attention.

Or, to put paraphrase an expression we’re all familiar with: You live by the barb, you die by the barb.