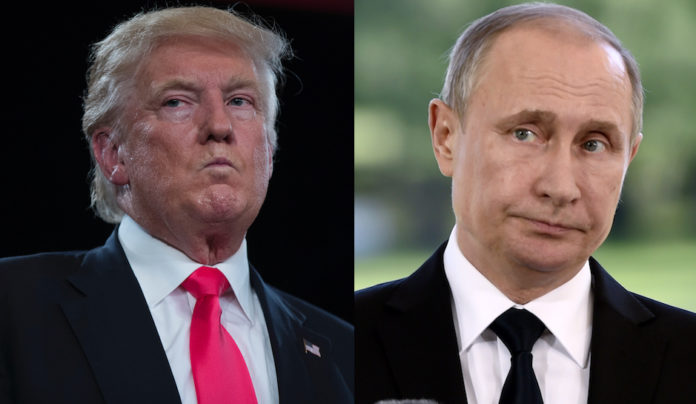 The Senate Intelligence Committee has reportedly uncovered circumstantial evidence of collusion between President Donald Trump and Russia during the 2016 election, according to sources who spoke with Reuters:

Congressional sources familiar with the matter told Reuters that both Republicans and Democrats on Senate Intelligence agreed there was a lack of direct evidence pointing to collusion. The two sides disagree on circumstantial evidence.

The Democrats say there is enough circumstantial evidence to support a finding of collusion in the committee’s final report. Trump’s fellow Republicans on the panel say there is not.

A Democratic source familiar with the committee’s findings remarked:

“There is no hard evidence of collusion, but “plenty of circumstantial evidence.”

And that could wind up leading to dueling reports, one from the seven committee Democrats and another from the eight Republicans:

If Senate Intelligence, and possibly other committees in Congress, end up producing conflicting reports, Americans looking to Congress for explanations about links between Moscow and the Trump campaign are likely to be disappointed.

Moreover, experts said, such an outcome could reduce the odds of an eventual Trump impeachment. Under the Constitution, the impeachment process would begin in the Democratic-led House of Representatives, but it would fall to the Republican-led Senate to decide whether to remove Trump from office.

Contradictory reports, Elaine Kamarck, a senior fellow in governance studies at the Brookings Institution said, could wind up exonerating the president:

“This may indicate that Republicans don’t think there’s a smoking gun, nothing that ties the president to a conspiracy.

“It leaves things with no impeachment, probably. … If the Republicans are saying: ‘Uh uh, this is not impeachable,’ then I don’t think it’s going to happen.”

However, the wild cards amidst all of this dissension on the committee remains the report from Special Counsel Robert Mueller and a potential indictment of Trump by the U.S. Attorney’s office for the Southern District of New York, which is also looking at various aspects of Trump’s business dealings and possible connections to foreign entities, including Russia.

Bipartisanship on matters of national security and intelligence are crucial, according to Norm Ornstein, a political analyst at the conservative American Enterprise Institute:

“If there is a bipartisan report of the Senate Intelligence Committee, assuming it’s a full exposition, that would make a difference, even if Burr and Warner had different interpretations.”

However, if two narratives are offered by the committee, that would leave the entire matter back where it started, Ornstein added:

“Then we’re back to the dynamic where Republicans will believe the Burr report, while Democrats, the mainstream media, the intellectual community and the Never-Trumpers are going to believe the Warner report.”