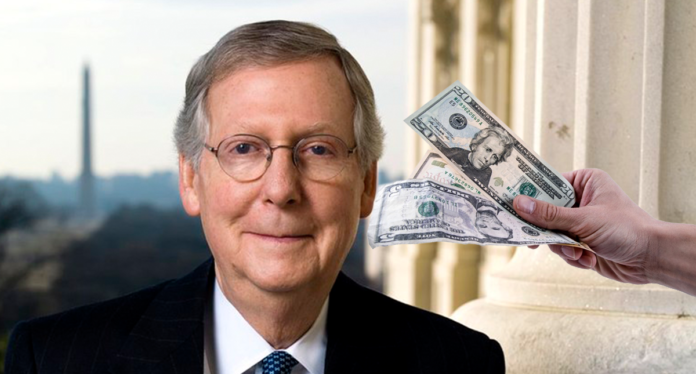 Democrats have long tried to get Republicans to wake up to the idea that their representatives aren’t really working for their best interests but those of the rich instead.

Now, after reviewing databases of how politicians actually voted over many years compared to public opinion, it appears there is validity to that assessment. Democrats do tend to represent the poor and middle class, while Republicans tend not to as much, although other factors create a more complex picture.

“Democratic elected officials are much likelier to share the policy opinions of the poor or middle class on economic policy, while Republican officials are likelier to diverge from middle-class public opinion in favor of representing the views of the wealthy.”

Other studies examined the data of 265 million American adults compared to the political views of members of Congress, finding Democrats and Republicans representing the wealthy class equally well.

However, the Democrats represented the poor and middle class “about equally,” while Republicans generally favored the wealthy.

If this is true, then wealthy Americans are actually served about the same by both parties. Kind of makes you wonder what all those wealthy donors, from the Koch brothers to George Soros might think. Doesn’t it?

Further complicating the matter, the two parties also differ in their allegiance to special interest groups and advocacy groups. In one study, Democrats were found less likely than Republicans to support economic policies or social issues backed by business lobbyists and the affluent.

Instead, Democrats favor middle-class and other advocacy groups. However, more disturbingly, the interest groups outweighed the influence of the voters when it came to both parties.

In still another study, the topic of the economy vs. social issues figured prominently. The Democrats favored their rich liberal donors on social issues, while the Republicans favored the views of their poor voters. Yet when it comes to the economy, the story flipped.

The multiple studies, which you can see in much more detail at Vox, showed that Democrats appear to represent the middle class and the poor when it comes to the economy.

The Republicans were watching out for the interests of the rich.

However, the real story is much more complex, influenced by special interest groups and significant differences on social issues and the economy that vary by socioeconomic class for both parties. In the end, the studies could point to a “government by interest groups” rather than one that listens to the voters of either party much at all.

Still, for the middle class and poor, the choice of which party is looking out for them more overall appears clear: The Democrats.