The United States Blues
Home News Testy Trump Claims ‘Over 10’ People Want To Be Next Chief Of... 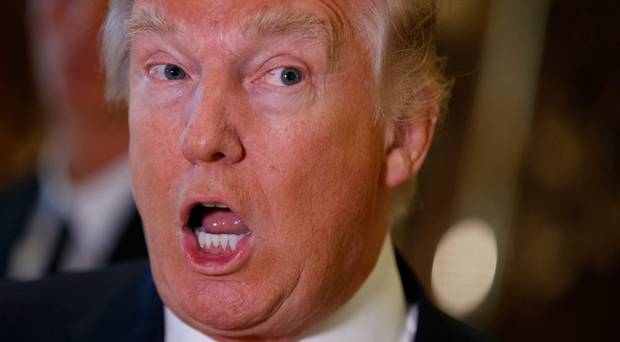 President Donald Trump is having problems finding someone who’s willing to serve as the next White House chief of staff, and recent news reports that numerous candidates have rejected the offer for various reasons.

Nick Ayers, who currently serves in the same position for Vice President Mike Pence, was supposed to replace current Chief of Staff John Kelly, who’s leaving at the end of the year, but Ayers backed out at the last moment, perhaps because he doesn’t relish the idea of having to babysit the Toddler-in-Chief.

But according to Trump, the “fake news” is making up all the problems he’s having finding a new chief of staff and he’s got plenty of qualified applicants:

Fake News has it purposely wrong. Many, over ten, are vying for and wanting the White House Chief of Staff position. Why wouldn’t someone want one of the truly great and meaningful jobs in Washington. Please report news correctly. Thank you!

Here are some of the names currently being tossed around in Washington as possible replacements for Kelly:

If indeed the president has so many people lining up for the job, why is it taking so long to name someone? Twitter had some thoughts on that matter:

No sane person wants to get into a car that they know is about to slam into a brick wall, but keep trying brah.

Diamond & Silk would, but they’re on a juice cleanse.

Everyone is Russian to work for you in this role.

Maybe you should stage a COS pageant! With a swimsuit portion and the whole nine yards! Winner gets the job.

That’s how you chose the UN Ambassador, right?

I hear Scott Baio is available

Here is chief of staff candidate number 11. I am 100% sure he would say yes. Better be at the WH than controlling the WH remote. pic.twitter.com/TVXO6TcP5c

No one wants to work with or for Donald Trump. He’s the boss from hell, and a White House position in this administration is a ticket to endless subpoenas and potential indictment. Trump is toxic and unhinged. May he should consider just grabbing his iPhone and giving the job to Siri.