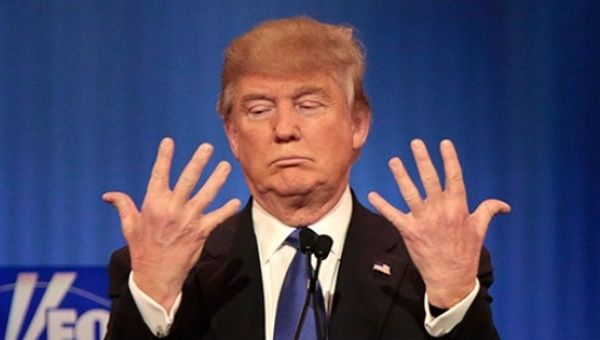 Since it became clear months ago that Tuesday’s midterm election would probably not be a good one for Congressional Republicans, President Donald Trump has tried to deny that the balloting would be a referendum on him or his first two years in office. He’s even commented that he’s not actually on the ballot and won’t be until 2020.

But on Monday, less than 24 hours before the election, Trump appears to have accidentally admitted that the midterm is indeed about him.

During a teleconference with supporters arranged by his daughter-in-law, Lara, Trump remarked:

If indeed Trump does see himself as being on the ballot, and it being about “confidence” in what he’s done, then he’s also saying that his first two years in office have been a miserable failure based on polling which shows Democrats with a considerable lead over their Republican opponents on the generic ballot.

A new CNN poll released Monday morning shows Democrats leading in the generic ballot by a whopping 13 points. Trump’s approval rating, according to that same poll, stands at a measly 39 percent, which may signal that voters are sick and tired of the president and want to see real oversight of him by Congress.

Trump’s 2020 campaign manager, Brad Parscale, was also on the conference call, and he told supporters that Trump’s fundraising efforts and busy campaign schedule leading up to Tuesday prove that he’s “all in” when it comes to helping the GOP win:

“By announcing his [reelection] campaign early, by spending over $20 million in rallies and TV commercials, and doing things, this president is all in. Past presidents barely raised a couple of million dollars, would hit a couple of rallies, and a lot of times just let their party fail in the midterms.”

Which raises the question of what it means if an “all in” Trump watches his party lose badly on Tuesday. It seems unlikely this president will publicly accept an ounce of blame for any failure on Election Day.