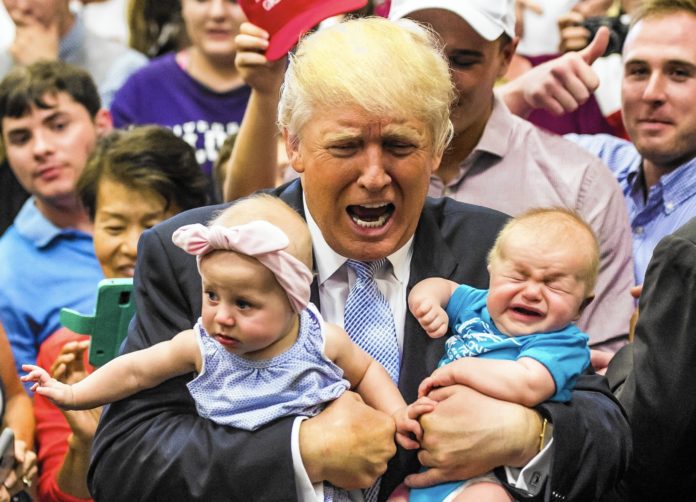 Aimee Maddonna is a married mother of three children who wanted to help foster children with special needs, so she went to the largest child-welfare agency in Greenville, South Carolina, and put in an application.

But she was turned down because she happens to be a Catholic.

The Daily Beast reports the foster agency that rejected Maddonna is run by evangelical Christians who are routinely refusing to allow any potential foster parents the right to serve as homes for children if the parents aren’t “born again.”:

“The state-funded, evangelical-run Miracle Hill Ministries only places children with ‘born again’ Christian parents. In 2018, South Carolina’s Republican governor, Henry McMaster, issued an executive order specifically allowing this discrimination and asked for a federal waiver to allow Miracle Hill to receive federal taxpayer dollars disbursed by the state and turn away not just LGBT people, unmarried people, and anyone else they deemed religiously unfit, but non-evangelical Christians and Jews too. (At least two Jewish couples have also been denied by Miracle Hill.)

“In January 2019, the Trump administration’s Department of Health and Human Services granted that waiver.”

Maddonna, with the help of the ACLU, has filed a lawsuit alleging religious discrimination:

“(The lawsuit was) brought by Americans United for Separation of Church and State. It’s one of several legal actions pending against a national assault against LGBT adoption—10 states specifically allow state-funded CWAs to turn gay people away because of their sexual orientation—that is so overbroad that it has now caught straight Catholics and Jews in its dragnet.”

Yes, all of this just so supposedly “Christian” foster and adoption agencies can make sure no same-sex couples are allowed to be foster or adoptive parents, merely because of their sexual orientation. Catholics and Jews have now gotten caught in the regulations, which allow denial of services that aren’t in the “best interests of the child.”

And if all this isn’t bad enough, those same discriminatory foster agencies are also receiving taxpayer dollars while they continue to turn away qualified parents who simply want to provide a loving home to children in need of support and love.

The court case could wind up before the Supreme Court, and that might mean the deciding votes would be cast by Trump’s two high court pics, Neil Gorsuch and Brett Kavanaugh. And that, David Barkey, the national religious freedom counsel at the Anti-Defamation League, notes, could be bad news for prospective foster parents:

And the ones who suffer the most will be the ones with no voice at all in the matter: The children.