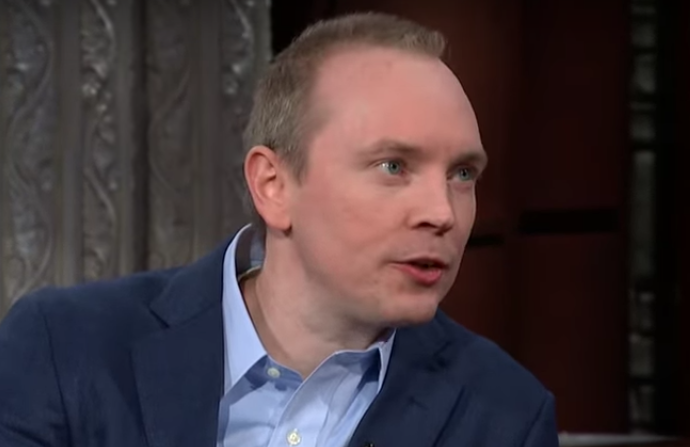 President Donald Trump lashed out at former Assistant to the President and Assistant Communications Director for White House Message Strategy Cliff Sims on Tuesday morning for writing a tell-all book about the chaos and dysfunction inside the White House.

Sims has revealed many behind-the-scenes embarrassments in his book, such as expanding upon Trump’s obsession with getting a manned mission to Mars by the end of his first term, a goal NASA had to slap down because of the years of preparation it takes to actually gear up for such a dangerous mission. Trump even offered an unlimited budget to the space agency to make it happen and also grilled astronauts aboard the International Space Station about it in a public telephone call.

It turns out that Sims also played a part in creating Trump’s own enemies list, among other revelations such as identifying Kellyanne Conway as one the biggest leakers in the White House, revealing that Trump lectured former House Speaker Paul Ryan about loyalty and that Trump often bad-mouths former presidents while giving personal tours of the executive mansion.

Well, the book hit the shelves on Tuesday, and Trump got up early to whine about it:

A low level staffer that I hardly knew named Cliff Sims wrote yet another boring book based on made up stories and fiction. He pretended to be an insider when in fact he was nothing more than a gofer. He signed a non-disclosure agreement. He is a mess!

So, Trump just once again confirmed that he tried to silence staffers from talking about him and his administration by forcing them to sign non-disclosure agreements that are unenforceable.

“Trump can attempt to bully or cajole his employees into signing any agreement he wants. But are those agreements enforceable? It seems unlikely. There’s a strong case to be made that NDAs signed by White House employees violate the First Amendment and also public policy, making it doubtful that a court would agree to enforce them.”

Twitter users mocked Trump and pointed out that his tweet just draws more attention to the book:

Your “Non-disclosure” agreements are meaningless when you work with the federal government.

Your nondisclosure agreements are both legally unenforceable and contrary to public policy. Or didn’t Stefan Passantino tell you this before he made your staff sign these worthless papers?

Unenforceable Agreement. And thanks for the plug. You’ve now guaranteed this guy’s book will be a best-seller. Dummy.

Trump’s claim that he barely knew Sims is also a lie seeing as how he was literally an assistant to the president. Twitter users even dug up a picture of the two together:

In 2016 cliff Sims served as an adviser to your campaign. After the inauguration in January 2017, Sims was appointed as assistant communications director for White House message strategy and special assistant to … YOU. Here is a picture of Cliff. pic.twitter.com/TLxFeV4QHu

‘Boring’ is Trump-speak for ‘accurate’

Here’s a photo of Cliff Sims having no access.

And a link to his book, which you should read.https://t.co/PWGruUGByI pic.twitter.com/LFfYmyqEQS

Sims has got to be very happy right now, and Trump has no one else to blame for his troubles except himself as usual.