The United States Blues
Home Politics Congress Maxine Waters vows: I will not let Trump and the GOP bury... 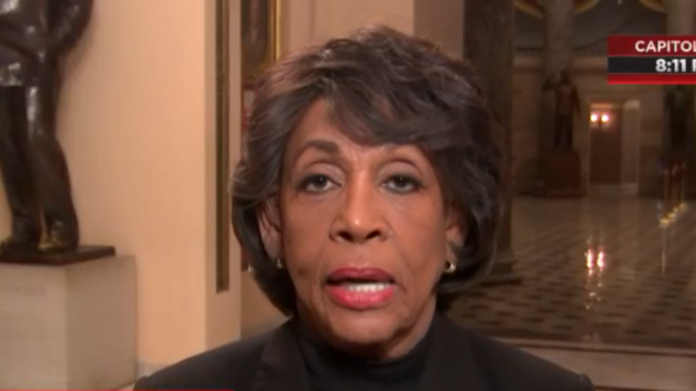 Rep. Maxine Waters (D-CA), the new chair of the House Financial Services Committee, said Monday evening she isn’t about to accept a scenario where the report from Special Counsel Robert Mueller is hidden from Congress and the public and will do everything in her power to make sure taxpayers see the report.

Appearing on “All In,” Waters told host Chris Hayes:

“The public needs to know what is going on. I demand it and I’m trying to organize everybody that I can to call for this report to be released to the public.”

Waters also noted that she is furious Michael Cohen will be testifying next month in a closed hearing and that his testimony should be televised:

“No, I don’t like the fact that Cohen will be in a closed hearing with members testifying on anything that he said, he’s not said. I think it should be out in the public. The public wants to know. This investigation has been going on for a considerable amount of time. Not only should we hear from all of those who are continuing to be called, but when this report, this investigative report, is completed, I want it to be public and I’m starting right now saying that I and many others do not agree that it should be so redacted that you can’t understand it, that it won’t be released, that only members of Congress can get it.”

Apparently, even Republicans are starting to feel the heat when it comes to releasing the Mueller report. On Monday, a bipartisan group of senators introduced the Special Counsel Transparency Act, which would “make Robert Mueller’s report available to both Congress and the public.”

Even if the White House and Justice Department attempt to bury the Mueller report, House Democrats could subpoena it or have the special counsel testify before various committees as to what was contained in the report.