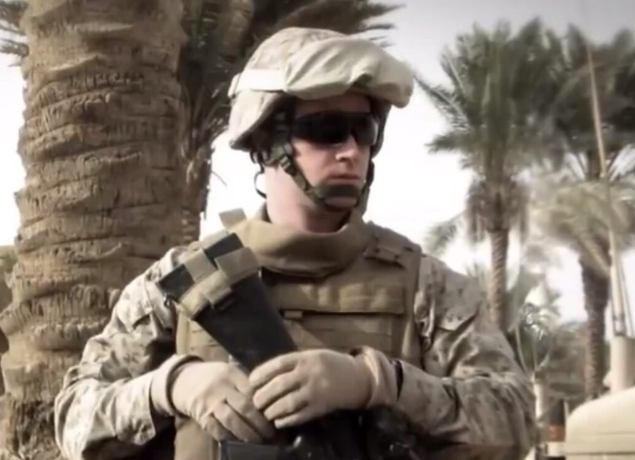 As a special election in North Carolina approaches, President Donald Trump is attacking the Democratic candidate as “weak” on the military and veterans issues even though Dan McCready served during the Iraq War as a Marine captain.

McCready is running for a seat in the House of Representatives from North Carolina’s 9th congressional district. The race had been part of the 2018 Election, but the Republicans got caught committing election fraud, resulting in a special election being scheduled for September 10th.

This time, McCready has a different GOP opponent, North Carolina state Senator Dan Bishop, who wrote the controversial and bigoted bathroom bill that caused harm to the state.

Of course, Trump supports Bishop. So he promoted his campaign on Twitter and slandered McCready.

The problem is that McCready led two platoons during the Iraq War as a captain in the United States Marine Corps, once in 2007 and again in 2008. Bishop, meanwhile, never served. And neither has Trump, who dodged the draft five times during the Vietnam War.

Trump’s lies about McCready have drawn widespread condemnation and mockery, especially because of Trump’s cowardice to serve in the armed forces himself.

Um… @McCreadyForNC was a Marine, so I’m guessing he’s stronger on vets and the military than you, General Bonespurs McChickenshit. https://t.co/B0taeQPpgt

Dan McCready, the Democratic candidate whom Trump accuses here of being “weak” on the military, joined the Marine Corps in 2005 after graduating from Duke and served in 2007 and 2008 in Iraq. https://t.co/Egj0kXT4rk

The candidate Trump is supporting, Dan Bishop, invested in a new social media website because it welcomed white supremacists and neo-Nazis. His opponent, Dan McCready, is combat veteran, business leader, and family man. I trust that North Carolinians will make the right choice. https://t.co/On2w7C7o0u

Trump conveniently didn’t mention that Dan McCready served his country honorably. Not like some people in the White House. #VoteDanMcCready #DanMcCready

Dan McCready was a captain in the Marines, serving two deployments to Iraq where he led two platoons. And you, a draft dodger, are calling McCready weak on military and vets? You just make this nonsense up. #NC09

Trump had the nerve to say Dan McCready is weak on the military and veterans.

That’s Dan in that picture.

He was a Marine Captain that served in Iraq during the surge in 2007. pic.twitter.com/0Xd4mHLKNz

His opponent, Dan McCready IS a MARINE CORPS VETERAN. He IS NOT against the military, veterans, and crime. First president EVER to attack veterans. Democrats and Independents bleed just like Republicans. #OneTermPresident

Instead of using the same cookie cutter attack on all Democrats, perhaps Trump should actually do some research before he accuses a combat veteran of being “weak” on military issues.