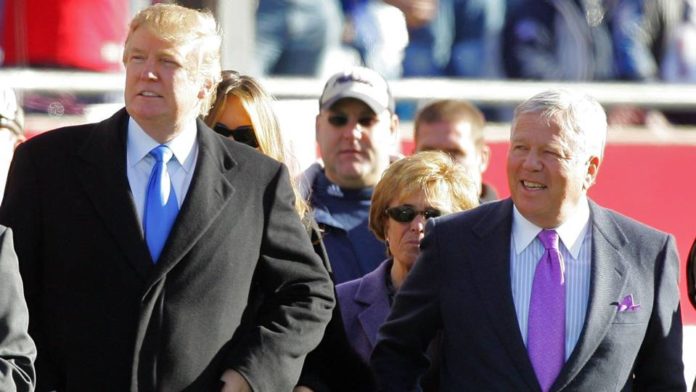 Robert Kraft, the owner of the Super Bowl champion New England Patriots and longtime friend and supporter of President Donald Trump, has been arrested in Jupiter, Florida, for soliciting prostitution at a massage parlor.

BREAKING: Robert Kraft, owner of the New England Patriots, has been charged in Palm Beach County with soliciting of a prostitute, according to Jupiter Police. The charges stem from an months long investigation into a massage parlor. @CBSMiami

Kraft was one of 25 people charged in the case. The rate was $59 for a half hour inside the massage parlor and $79 for an hour.
Kraft is estimated to be worth $6.6 Billion. @CBSMiami

Investigators claim Kraft was a regular visitor to the Orchid Spa and that there is video of Bob Kraft inside the “spa.” @CBSMiami

This story is breaking and more details will be added as they become available.