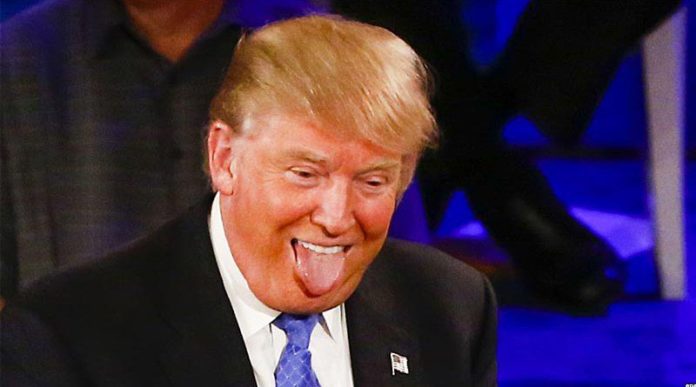 Even though he’s done everything possible over the past two years to try and sabotage the investigation being conducted by Special Counsel Robert Mueller, President Donald Trump is now claiming that he’s the reason for a unanimous vote taken this week in the House calling for a public release of the Mueller report once it’s complete.

Yes, according to the Donald, he told Republicans to support the measure in the interest of “transparency” and because they might as well play along:

On the recent non-binding vote (420-0) in Congress about releasing the Mueller Report, I told leadership to let all Republicans vote for transparency. Makes us all look good and doesn’t matter. Play along with the game!

While the president may want to give himself an undeserved pat on the back, it’s more likely that House Republicans are trying to hedge their bets and cover their backsides because they know they’re up for re-election next year and want to be able to say they were supportive of the special counsel, who has a higher approval rating than Trump.

In other words, this is yet another lie from Trump, and it only serves to undercut the actual vote and the historic nature of a unanimous approval from one chamber of Congress on anything, let alone something that’s been as politically contentious as the Russia investigation.

Fortunately, Twitter saw right through Trump’s ruse, and they lit him up with mockery and scorn:

You are implying that the Congress votes based on your whims and instructions, @POTUS. Either you have a massive ego or a complete lack of understanding of how the government works. Sadly I suspect both. Neither is a good look.

Says the guy that won’t release his high school, college & tax records, has had NDA’s on every employee, partner, & WH staffer and covers up his addictions and racism and sexual abuse with ‘catch & kill’ tactics. Yea, you’re the poster boy of transparency. 😂

I’m going out on a limb here, but are you trying to make it look like this wasn’t yet another big loss for you? Because the winning isn’t happening. The losing is.

Later today, Donald will probably try to claim he voted for Abe Lincoln and was golfing buddies with Aristotle.