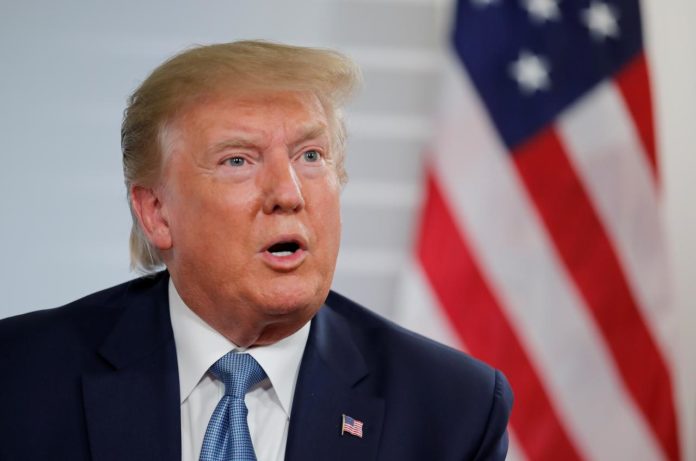 After tweeting on Friday that he would “hereby order” American businesses not to do business with China, President Donald Trump said at the G-7 summit in France that he’s considering declaring a national emergency and blocking U.S. companies from conducting business deals with the Chinese, according to The Hill:

“I could declare a national emergency. I think when they steal and take out intellectual property theft — anywhere from $300 billion to $500 billion a year — and when we have a total loss of almost a trillion dollars a year — for many years this has been going on — and in many ways that’s an emergency,” Trump told reporters.

Trump was referring to using the International Emergency Economic Powers Act, which gives a president the authority to regulate commerce during a national emergency. But experts say that would be a clear abuse of the act, which is limited to addressing national security threats and emergencies and likely be struck down by the courts.

On Sunday, Trump reiterated the threat of using emergency powers:

Trump said Sunday that he has “the right” to declare a national emergency on China, arguing it would be appropriate. But he said he has “no plan” to do so right now, asserting that his administration is getting along “very well with China right now” and that Beijing wants to come to the table to make a deal.

All of this comes just days after Trump declared Chinese President Xi Jinping an “enemy” of the United States and imposed more sanctions on Chinese goods in response to retaliatory tariffs China placed on $75 billion worth of American products in the latest ratcheting up of a trade war that already has the U.S. and world economies on the brink of recession.

Asked about how his trade dispute with China is being received by G-7 allies, the president made it sound as if they were all supportive of his moves, saying they all “respect” what he’s doing in regard to trade:

“It has to happen. China has been — I can only speak for the United States. I can’t say what they’ve been doing to the U.K. and to other places,” Trump said.

“But from the standpoint of the United States, what they’ve done is outrageous that presidents and administrations allowed them to get away with taking hundreds of billions of dollars out every year, putting it into China.”

“We’re in favor of trade peace on the whole and dialing it down if we can.”