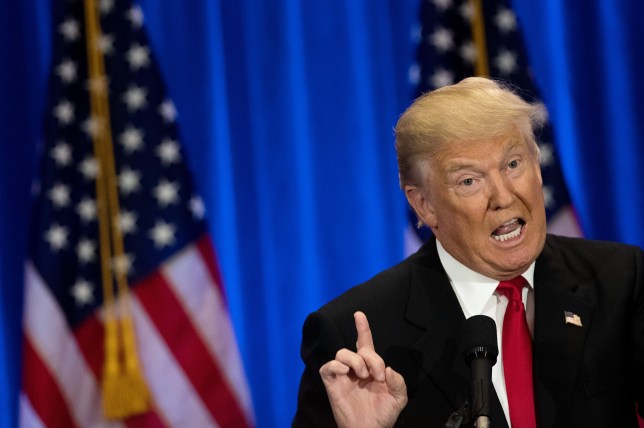 As the impeachment of President Donald Trump kicks into high gear with public hearings scheduled for November, Trump is attempting to buy the loyalty of senators who will serve as jurors when the case comes before the upper chamber of Congress, according to a new report from Politico:

Trump is tapping his vast fundraising network for a handful of loyal senators facing tough reelection bids in 2020. Each of them has signed onto a Republican-backed resolution condemning the inquiry as “unprecedented and undemocratic.”

The senators Trump is seeking to lavish with campaign cash are all facing difficult and uncertain reelection bids in 2020:

On Wednesday, the Trump reelection campaign sent a fundraising appeal to its massive email list urging donors to provide a contribution that would be divided between the president and Colorado Sen. Cory Gardner, Iowa Sen. Joni Ernst, and North Carolina Sen. Thom Tillis. Each of the senators are supporting the anti-impeachment resolution despite being endangered in 2020.

Next week, Trump will lend a hand to Georgia Sen. David Perdue, a staunch ally who has also spoken out against impeachment.

All of these incumbents are lagging behind their Democratic challengers in fundraising and will certainly welcome the assistance of the president, but the move also reeks of what can best be called political bribery.

Also, while the money being raised with Trump’s help will certainly help boost Republicans, more damaging information may come out as impeachment moves forward that could place them in a difficult position: Remain loyal to the president and risk the ire of voters or support impeachment and risk upsetting the White House, which could order the Republican National Committee to cut off all funding for them.

The fundraising push by Trump suggests that he is indeed worried about what may happen as impeachment moves forward and hearings begin. But the strategy may not accomplish what the president wants and could even backfire on him. Only time will tell.