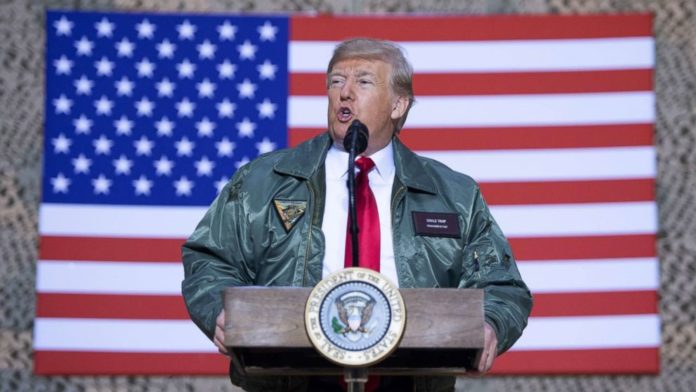 While he was in Iraq Wednesday, President Donald Trump told members of the U.S. military that he had secured for them a massive pay raise of “more than 10 percent,” their first increase in several years:

Problem is, the amount of the pay raise and when military personnel last got one isn’t the least bit true. As HuffPost reports:

“In fact, military members have seen a pay raise in each of the last 10 years, ranging from 1 percent to 3.9 percent, according to the Defense Department. They even saw pay bumps when other federal workers were subjected to a three-year pay freeze in the wake of the Great Recession.

“The pay increase for 2019 passed by Congress and signed by the president in August will be 2.6 percent, the largest since 2010. It is not far above last year’s raise for troops, which was 2.4 percent.”

The president bragged on himself not once, but twice, adding this about the fictional double-digit pay raise:

Conservative pundit Bill Kristol let Trump have it on Twitter:

Turns out this isn’t the first time Trump has made up facts about the military and all the great things he’s doing for them:

“Trump has claimed the military budget he signed was the biggest ever ― it isn’t ― and he’s taken credit for passing a law that allows veterans to use private doctors if they can’t get quick care through the Department of Veterans Affairs. That law was actually signed by Barack Obama.”

Next week, Trump will probably claim the pay raise was 50 percent and includes a free pickup truck.