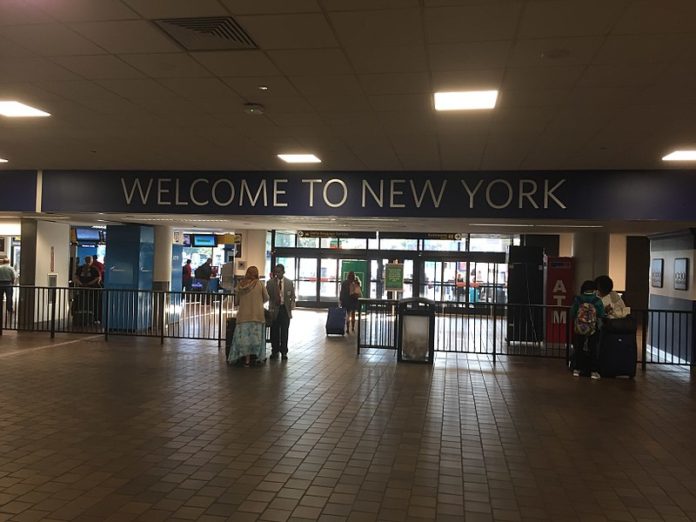 It’s one of the largest and busiest airports in the nation, and now incoming flights are being delayed at LaGuardia Airport due to staffing shortages caused by President Donald Trump’s government shutdown.

National Air Traffic Controllers Association representative Dan McCabe warned that his people are under so much stress that they are likely going to start walking off the job in protest or to find a different job to pay the bills.

“There’s no gauge as to where someone’s breaking point is at,” he said. “Is it one paycheck, is it two paychecks, is it four paychecks? My biggest fear is that as people reach their breaking point that they’ll begin to quit. The economic impact to the country at that point is terrible. Let alone having controllers that are already in a stressful job come to work, not well rested, not on their “A” game, and it’s introducing unmitigated risk into a system that’s risk-averse.”

On Friday, as the shutdown entered its record 35th consecutive day, those warnings became reality as the Federal Aviation Administration cited staffing issues to halt incoming air traffic at LaGuardia in New York.

Air traffic controllers across the country have either been furloughed or have been working without pay as part of the 800,000 federal employees affected by the shutdown.

And the situation is likely to worsen as more an more TSA agents call in sick because working without pay isn’t acceptable. That means security lines will get longer, and the chances of security missing a potential threat increases.

Flight delays are just compounding the problems at airports and it’s happening because Trump refuses to re-open the government unless he gets funding for a border wall that is completely unnecessary and will not work to stop illegal immigration and drugs from entering the country.

As the problems persist and worsen, the airline industry could be threatened with collapse and the tourism industry will take losses as would hotels chains and car rental companies among many others. This is an unfolding disaster that has to come to an end, and the only way it does so is if Senate Republicans stand up to Trump and pass a veto-proof funding bill without his wall money. Because while Trump insists there’s an imaginary national emergency at the border, his shutdown is causing a real national emergency that is going to start having major consequences.