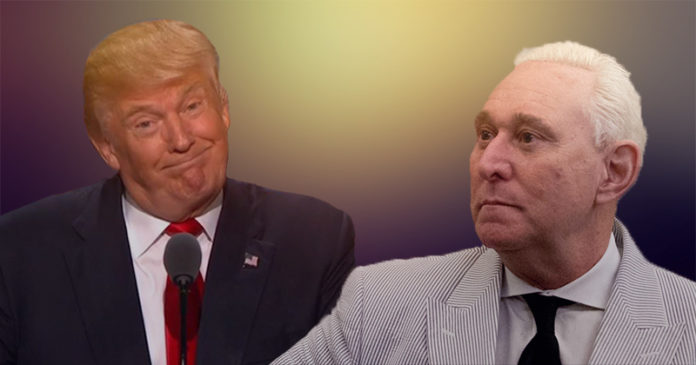 Some are calling the arrest of Roger Stone — a longtime friend and confidante of President Donald Trump — “Felony Friday.” Stone was indicted by a federal grand on seven counts, including lying to Congress and witness tampering.

Imagine Trump waking up, turning on Fox News, and seeing video of the early morning FBI raid on Stone’s residence in Fort Lauderdale, Florida. Twitter certainly had some thoughts on the matter. Take a look:

I don’t see any reason to arrest Roger Stone other than for everything he’s done his entire life.

Just how stupid is Roger Stone:

“September 26, 2017—the day that Stone testified before HPSCI and denied having ever sent or received emails or text messages from [Credico]—Stone and [Credico] exchanged over THIRTY text messages”

And Donald J. Trump is depending upon him.

Once you’ve had your special vitamins, your first Egg McMuffin, and your fourth piss since midnight, enjoy the knowledge that Roger Stone is going to rat you out.

I was worried about Roger Stone surviving prison, but then I saw him in this sweet lid. pic.twitter.com/pukrTdqQPF

Trump hasn’t yet commented on Stone’s arrest, but it’s safe to assume he’ll be grabbing his cell phone any moment now and issuing his usual stale defense that there was “NO COLLUSION” in 2016, despite evidence to the contrary.