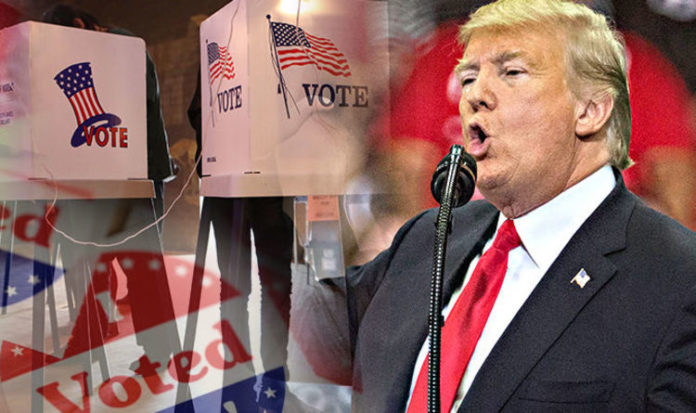 As Florida begins a statewide recount in the razor thin Senate and gubernatorial races, President Donald Trump accused Democrats of trying to “steal” the elections.

The recounts were triggered after the vote margin reached the threshold required by Florida state law, but Republicans are whining about it because their candidates, Rick Scott and Ron DeSantis, both hold the lead in their races for Senate and governor.

Democrats, however, refuse to concede because state law requires a recount and every vote should be counted accurately. They aren’t trying to steal anything.

Trying to STEAL two big elections in Florida! We are watching closely!

See, it literally sounds like Trump is declaring that he is trying to steal the elections.

Twitter users not only pointed that out, they slammed him for daring to level such accusations against Democrats:

Counting every vote in an election isn’t stealing, Donald.

Evading taxes for decades however is.

Yep, the Republicans tried really hard to steal the election but are running up against pesky people who want to make sure ALL of the votes get counted!

We know you’re trying to steal it, but we indeed are watching. Counting all the votes is NOT stealing, it’s the right thing to do. pic.twitter.com/haAi898Vhr

Yes, we are watching closely while you’re trying to STEAL two big elections in Florida!

Translate Trump: Florida is making sure every vote is counted and I am worried that the Blue Wave May be bigger than I thought. That’s why along with @FLGovScott and @marcorubio I support not recounting votes and denying Floridians their rights.

How wonderful of you to point out that the republicans are trying to steal two big elections in FL. Thank you for finally stating something truthful! pic.twitter.com/O95YHUau13

Counting every vote is in no way stealing anything.

Thanks for the confession. @fbi

Yes, Donald, we know you’re trying to steal two big elections in Florida (and one in Georgia). You don’t need to tell us. We’ve been watching, too.

If Florida Democrats pull off the victories in these races, it won’t be because they stole votes, it will be because every vote was accurately counted, which is how democracy works. Just because an election doesn’t go Trump’s way it doesn’t mean fraud occurred. It means democracy is working as it’s supposed to, and that’s good for our country.