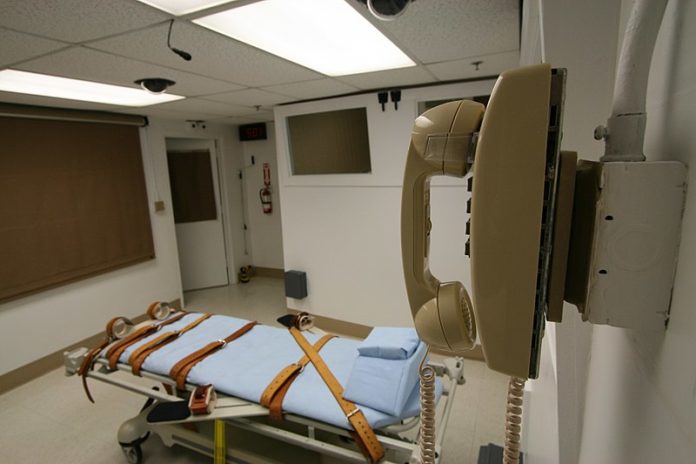 The Supreme Court completely disregarded the First Amendment rights of a Muslim inmate in Alabama who wanted to be accompanied to his execution by his Imam, resulting in a firestorm of outrage across the country.

In this country, our Constitution protects the religious freedom of people of all faiths, including Muslims. But the five conservative Supreme Court justices ignored it on Thursday after denying an appeal made by Dominique Ray, who sued after Alabama officials refused his request for his Imam to be present during his execution to offer him final religious rites before he died. Alabama executed Ray after the high court issued the ruling.

Thus, the Supreme Court justices are hypocrites because if a Christian inmate requests a pastor to be present, officials do everything they can to make sure one is present inside the execution chamber. But not in this case, and that’s an absolute civil rights travesty that strikes at the core of constitutional law.

The four dissenting justices called the decision “profoundly wrong” and shredded the ruling for discriminating against Muslims.

100 years from now, law students will read about this decision. It may be read alongside Dred Scott, Plessy v. Ferguson, Korematsu, and the Chinese Exclusion Act cases. https://t.co/SwqM547yGV

The Court was “profoundly wrong” to summarily reject this inmate’s “claim that his religious rights will be violated at the moment the state puts him to death.” If he were a Christian, Alabama would’ve let a minister of his faith be with him to the end.https://t.co/NQwm7LRQTv

Another racist & discriminatory decision by a divided Supreme Court.

They just ruled, 5-4, that a Muslim prisoner doesn’t have the right to have an imam be present at his execution – even though a Christian prisoner can have a minister of his choosing. https://t.co/qKGUkTTnnP pic.twitter.com/Hs6yOo8ROO

Last night, 5 Supreme Court justices allowed the State of Alabama to discriminate on the basis of religion.

This decision is contrary to the First Amendment, and we must continue to fight against discrimination in all forms. https://t.co/L3tdmZ1w6z

The Supreme Court will move heaven and earth if some poor Christian conservative has to serve a gay customer, but if a Muslim arrives with one of the most straightforward religious discrimination cases I’ve ever seen, their response is “fuck you.”https://t.co/fN3p4kRVtn

All Americans — including death row inmates — have freedom of religion. #SCOTUS decision allowing Alabama inmates to have Christian clergy at executions but not Muslim clergy is clear discrimination. Government cannot favor one religion over another. https://t.co/dOJjgaq0Vf

An injustice to equal protection under the lawhttps://t.co/jNNPtCULO1

I mean, the Supreme Court is illegitimate. This is flagrant disregard for the rule of law. Hardware stores that claim Christian religious beliefs get more protection than a Muslim facing execution. https://t.co/tXim6KbClx

Clearly, this is a miscarriage of justice. Sure, Ray deserved to be punished for his crimes, but denying him his religious rights is a slippery slope that could one day affect millions of Americans who are not Christian. This Supreme Court just lost all credibility, assuming it had any left to begin with. And so have conservatives, who have constantly whined about so-called attacks on religious freedom, only to remain silent about or cheer the ruling because Ray was a Muslim.