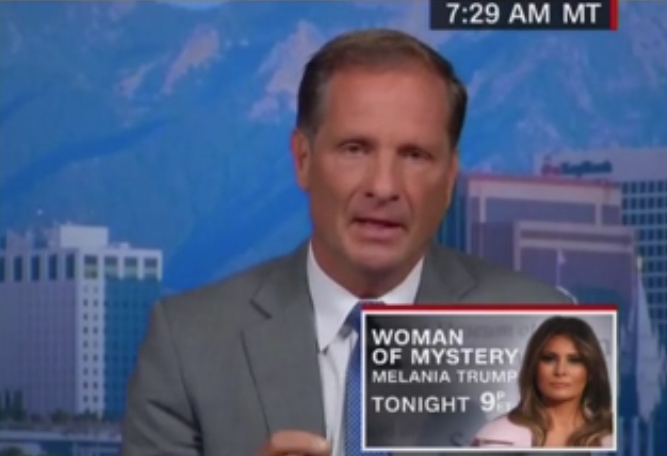 President Donald Trump has put many Republicans between a rock and hard place because of his recent solicitation of foreign interference in the upcoming 2020 Election. Rep. Chris Stewart (R-Utah) is one of them.

Earlier this week, Trump shocked the nation when he claimed he would listen if a foreign government offered him dirt on his political opponents, prompting the Federal Elections Commission chair to issue a letter reminding all lawmakers that such behavior is a felony.

Trump also suggested he would not inform the FBI of any such contact. He literally invited foreign interference in the election for his benefit, thus colluding in plain sight.

Rather than condemn Trump’s remarks, Stewart defended him.

“If it looks credible, they would be foolish not to take that,” he told CNN on Saturday.

Stewart represents Utah, a red state that is not exactly crazy about Trump. Trump won the state, but former CIA operative Evan McMullin put up a strong third party challenge and received 21 percent of the vote.

As a native Utah resident, McMullin could easily challenge Stewart if he chose to run against him. And Stewart would likely be toast since his crony support of Trump and his defense of lawbreaking would leave a bad taste in the mouths of moral Utah voters.

In response to Stewart, McMullin called him out on Twitter by reminding him of the law and demanded to know if he would accept foreign help with his campaign.

Accepting campaign assistance from a foreign government is a violation of federal laws essential to the integrity of our elections. Chris Stewart has abandoned his principles and freedom’s cause in his defense of the president’s lawlessness. He’s forgotten what and who he serves. https://t.co/0yZiRZD4pU

Would you accept foreign assistance in your next campaign, @RepChrisStewart? https://t.co/CDuRz2sYqK

Trump and Stewart could very well lose in Utah because of this talk of soliciting foreign interference. Trump’s poll numbers are already showing him losing in several swing states and being only two points ahead in Texas. Losing Utah as well would be another crushing blow. And both men are only making the decision easier for voters to make.