The United States Blues
Home National News White House ‘tense to frantic’ over testimony given to Congress by former... 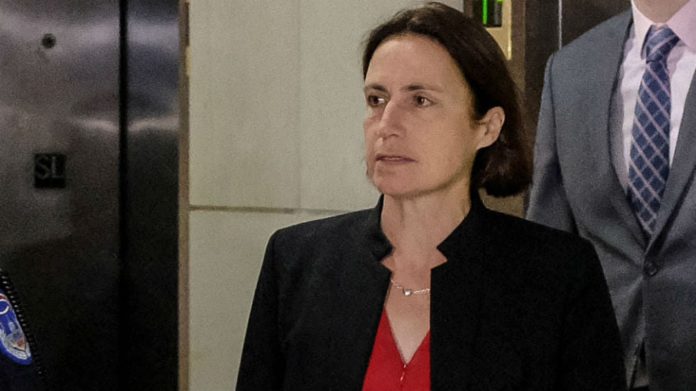 On Monday, the former top adviser to the Trump administration on Russia policy, Fiona Hill, testified for over nine hours before the House impeachment inquiry committees, and her testimony was reportedly damaging to several high-ranking members of the White House staff.

Mike Allen of Axios noted on MSNBC Tuesday morning that the administration is “tense to frantic” over what Hill had to say because congressional Democrats “tapped a gusher” by calling Hill to testify. Allen added:

“House Democrats tell us that every witness who has appeared before them has bolstered their case against President Trump and they say there’s very little contradiction in the testimony. House Democrats are now going for the Pentagon — we’ve seen this reach into the State Department and the intelligence community.”

The White House, Allen also reported, is unsure of how to push back to what Hill may have told the House committees who are deciding whether or not to move forward with articles of impeachment against President Donald Trump:

Even worse, according to Allen, is that there seems to be considerable infighting inside the West Wing as to what exactly can be done to counter new revelations about the Ukraine scandal which crop up each and every day:

“We’re reporting infighting in the White House, real skepticism by some about the strategy, including the acting Chief of Staff Mick Mulvaney and the White House counsel not getting along. Those are the two most vital advisers to the president on impeachment and according to Axios’ sources they’re not agreeing on how to go forward.”