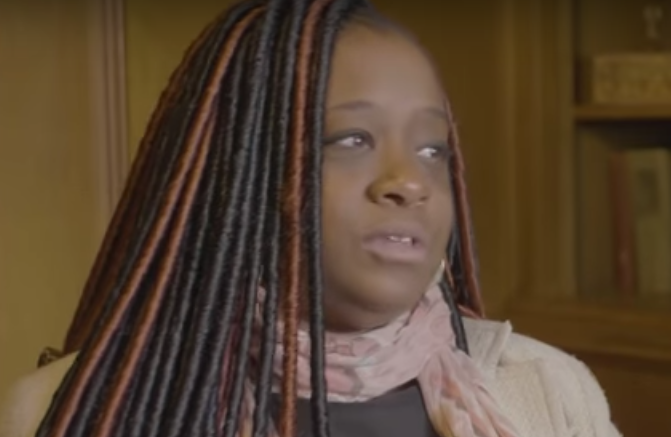 Racists in America are literally trying to harass lawmakers of color into leaving office, which is exactly what a black Vermont state legislator did after years of harassment from a white nationalist.

Former state Rep. Kiah Morris resigned in September after years of racial harassment against her and her husband James Lawton, both in-person and on the Internet, by self-proclaimed white nationalist Max Misch.

Morris sought protective orders, but Misch would resume the harassment as soon as they expired.

According to Vermont’s Seven Days publication:

Misch resumed messaging Morris after a protective order she had gotten against him expired in late 2017. In a tweet in July 2018, Misch vowed to “troll the hell out of you and the other subversives there” every time Morris attends a political rally in the area.

The only black lawmaker in the Vermont statehouse had finally had enough of the harassment, especially after her home was burglarized and Nazi swastikas were painted on nearby trees. The police also did not do much to stop it, so she resigned rather than be subjected to more terrorism.

But the terrorism did not end there.

After Morris resigned, Attorney General T.J. Donovan opened an investigation and confirmed that Morris had been a victim of racial harassment for several years. Even the Democratic offices in her district were targeted with racist material along with a poster promoting then-candidate Donald Trump, who has a history pandering to white nationalists and spouting racism.

“The AG’s report states that the material included anti-Hispanic and anti-semitic cartoons and a Trump campaign poster,” Seven Days reports.

At a press conference to announce the findings of the report earlier this month, Morris spoke.

“All of the accounts of what happened to me and my family over the years are enormous in scale and historically rooted in a legacy of white supremacy, misogyny, and inequity,” she said. “We did everything that we were told to do, reported everything, held nothing back and trusted in a system that, in the end, was insufficient and inept at addressing and repairing the harm done. In the end, we were told there was nothing to be done.”

As she spoke, Misch entered the room wearing a shirt featuring alt-right icon Pepe the Frog to continue harassing Morris even though she had already resigned and he caused a scene as people clearly did not want him there.

Donovan eventually took control of the situation, but the damage has already been done. White nationalists are now emboldened to keep harassing black lawmakers. If they can’t vote them out of office, they’ll terrorize them and their families every day until they leave office. This is a disturbing trend that must be countered by law enforcement. Harassing and threatening the safety of any lawmaker to the point of being forced to leave her office should not be tolerated. The citizens in Morris’ district elected her to represent them and she should be allowed to do her job without having to worry about being stalked and harassed by a racist. But now they have been deprived of the representation they deserve by a man who should be ostracized by civilized society.

It’s just another example of how racists in America have been emboldened by Trump since 2016.