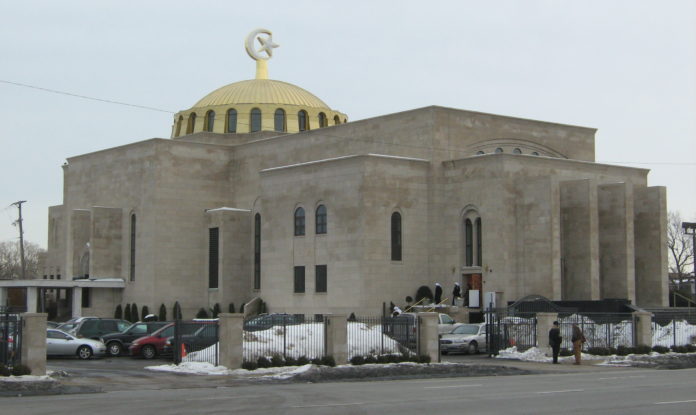 Anti-Muslim sentiment is on the rise since late 2015. The atmosphere surrounding members of the world’s second-largest religion has been increasingly hostile, and a recent video of a break-in at a Muslim mosque proves it.

Two women in Arizona may face trespassing charges after visiting the Islamic Community Center of Tempe and posting a video about it on March 4. Their stated reasons for doing so, according to AZCentral, were to expose:

“The infiltration of the Arabic Muslim coming in and destroying America.”

“The original video shows the self-described ‘patriots’ encouraging three children to help them as they take stacks of pamphlets and brochures to stop the spread of ‘propaganda.’ They pull down fliers for tax assistance and other services, ridiculing Muslims for nearly 25 minutes.”

The women described themselves as exposing a “threat that we are facing in America,” and even involved children in the video, encouraging them to join in mocking the Muslim faith.

Many Americans characterize the president’s rhetoric as giving license to the hate crimes now seen in higher numbers. A Washington Post article published December 7, 2015, detailed the president’s thoughts on Muslims in America.

“Without looking at the various polling data, it is obvious to anybody the hatred is beyond comprehension. Where this hatred comes from and why we will have to determine. Until we are able to determine and understand this problem and the dangerous threat it poses, our country cannot be the victims of horrendous attacks by people that believe only in Jihad, and have no sense of reason or respect for human life.”

The two women breaking into the mosque were a part of a group called the Arizona Patriot Movement, which the Southern Poverty Law Center has deemed “a fringe group…energized by the president.”