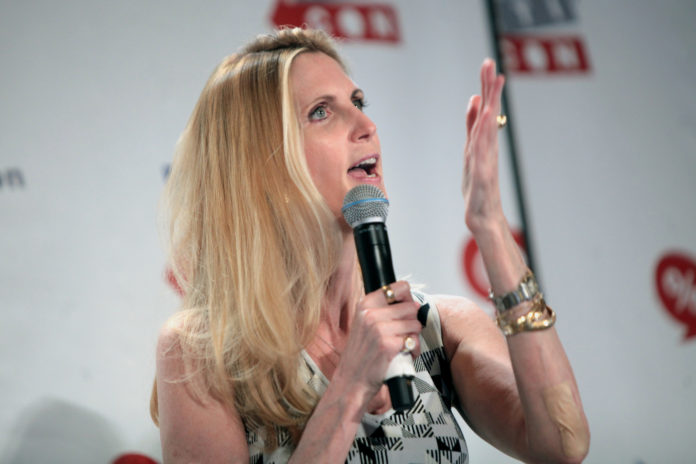 The official opening of the U.S. Embassy in Jerusalem on Monday set off protracted protests by Palestinians in Gaza who claim Jerusalem as the birthplace of of their faith, as do Jews and Christians.

In response to the protests, Israeli Defense Forces used lethal force, including live ammunition, which has so far led to the deaths of 55 people and injured thousands more.

But despite the human tragedy associated with the embassy being moved to Jerusalem from Tel Aviv, right-wing commentator Ann Coulter felt a need to weigh in on the issue, making light of the deaths in Gaza and advocating the United States do the same on the border with Mexico, tweeting out:

Can we do that? https://t.co/yVOYYEdZYB

This isn’t the first time Coulter has suggested shooting anyone who attempts to enter the country. She has also commented:

Coulter’s latest remarks were met with plenty of scorn from others on social media:

Human lives must mean nothing to you.

Ann, I kinda feel bad for you.

You had a good thing going before Trump.

You’d spray a little feces around and collect the clicks.

Now you just seem like Bill O’Reilly’s loser sister yelling at people in a laundromat.

Oh, Ann. Don’t try so hard. Sure, Tomi is getting all the attention these days, but you’re still the worst person in America.

You’re suggesting we kill children. Who knew you could go this low.

You are a foul, wretched excuse for a human being.

Wow, lady, you are truly a piece of shit.

Do you ever get tired of being disgusting?