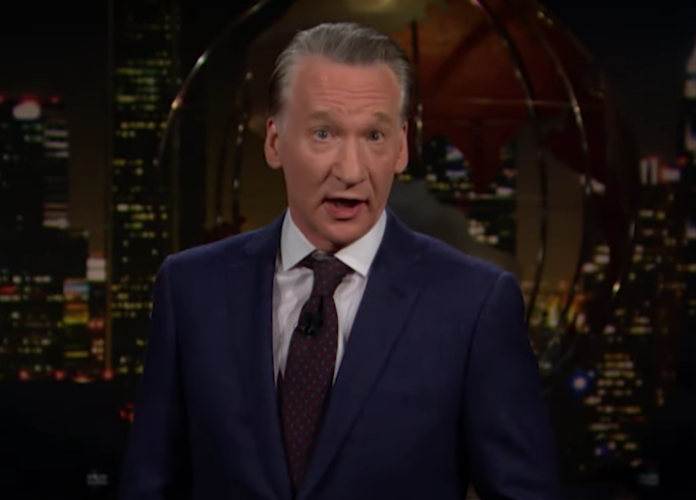 Maher began by noting that President Donald Trump is scheming to release detained migrants in sanctuary cities across the country, the very same migrants he claims are “killers and rapists” and maybe even terrorists.

Trump even admitted that he is considering such an action.

Due to the fact that Democrats are unwilling to change our very dangerous immigration laws, we are indeed, as reported, giving strong considerations to placing Illegal Immigrants in Sanctuary Cities only….

….The Radical Left always seems to have an Open Borders, Open Arms policy – so this should make them very happy!

Trump’s plan is so sickening that former GOP Rep. David Jolly condemned it.

Maher referred to Trump as “deplorable,” but then took aim at Fox News.

While Trump was threatening to cut aid from Honduras, Guatemala and El Salvador over migrants seeking asylum in the United States, Fox & Friends showed a graphic referring to the three nations as “Mexican countries.”

“Mexican countries?” he asked in bewilderment.

Maher then pointed out that Fox News has some real nerve attacking Mexico when they can’t even speak English themselves.

“By the way they also once called, a couple weeks ago, called a ‘selfie’ a ‘selife,'” Maher observed, even showing the chyron Fox used containing the misspelling. “They even misspelled ‘spelling bee’ — that’s true.”

“You know what, if you guys are going to live in the United States, learn the f*cking language,” he quipped.