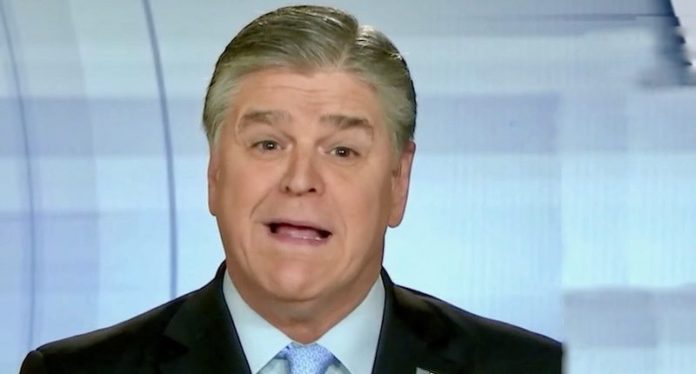 All is not well at Fox News, with what’s being called a “cold civil war” underway as the network seeks to become less conservative and more of a mainstream news outlet in the mode of CNN, according to a new report from Vanity Fair reporter Gabriel Sherman:

Those trying to do actual journalism at the network are said to be sick and tired of having to share airtime with bomb throwing conspiracy theorists like Hannity and Pirro:

“‘Reporters are telling management that we’re being defined by the worst people on our air,’ a frustrated senior Fox staffer told me. Fox’s opinion hosts, meanwhile, have made the case that Fox’s prime-time lineup not only reflects the audience’s worldview, but is responsible for the majority of the network’s advertising revenue. ‘We make the money,’ an anchor close to Hannity told me.”

Any eventual changes will be made by Lachlan Murdoch, the son of Fox CEO Rupert Murdoch, who is said to be eager to distance the network from President Donald Trump:

“Sources close to Lachlan pointed out that Lachlan is a libertarian conservative, not a MAGA diehard, who in private has expressed annoyance at Trump. ‘He doesn’t like Trump, one person who has spoken with Lachlan told me. ‘There’s a lot of talk of the direction of the network changing under Lachlan,’ the senior Fox staffer told me.”

Those changes could wind up angering Hannity so much that he’s either given the boot or winds up leaving out of frustration, Sherman reports:

“Sources said Hannity is angry at the Murdochs’ firing of Ailes and Bill Shine, Hannity’s close friend and former producer.

“Hannity has told friends that he intends to leave Fox when his contract expires in early 2021, two people who’ve spoken with him said.”

Just imagine how enraged Trump will be if Hannity is forced out and Fox starts to distance itself from the White House. Where will he turn to spout his anger and propaganda? He might have to form a network with Hannity and name it Trump TV.