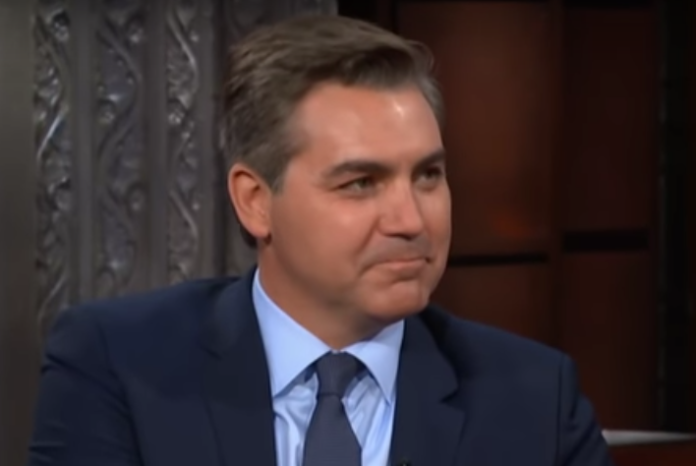 President Donald Trump and law professor Alan Dershowitz both got schooled by CNN reporter Jim Acosta on Thursday night for absurdly declaring that the 25th Amendment is “unconstitutional.”

Seriously, after Trump watched Dershowitz attack Justice Department officials on Fox News for discussing invoking the 25th Amendment to remove him after he fired former FBI Director James Comey, he repeated the rant on Twitter.

“Trying to use the 25th Amendment to try and circumvent the Election is a despicable act of unconstitutional power grabbing…which happens in third world countries. You have to obey the law. This is an attack on our system & Constitution.” Alan Dershowitz. @TuckerCarlson

Except that the 25th Amendment is literally part of the Constitution and it allows the Vice-President and members of the president’s Cabinet to vote to remove him from office if they feel him incapable of doing the job, which Trump has repeatedly demonstrated since taking office.

But now Dershowitz, a constant Trump apologist, and defender thinks invoking the 25th Amendment is “unconstitutional.”

In response, Acosta pointed out the obvious flaw.

Fact check: The 25th Amendment is a part of the Constitution of the United States of America. https://t.co/h0tfRR2l9d https://t.co/mIKPbRSXRW

The 25th Amendment is literally part of the Constitution. https://t.co/IYCYsQYPnU

The admendments are part of the constitution, 1st, 2nd and 25th alike. So the exercise of the 25th amendment is the opposite of unconstitutional.

Dear Alan Dershowitz: The 25th Amendment is the law. @VP and a majority of the Cabinet can invoke this Amendment. You can disagree with their use of it should they invoke it, but you cannot say it would be unconstitutional.

The 25th Amendment is an amendment to the United States Constitution, so it’s bizarre to argue that it’s unconstitutional to consider invoking a part of the Constitution. https://t.co/McYOWwbfUT

Clearly, Trump and his supporters are attacking the 25th Amendment because they know it’s a legal mechanism of removing him from power. They have done the same thing by attacking the Russia investigation conducted by Special Counsel Robert Mueller, oversight efforts by Congress, and calls for impeachment.

Trump may think the 25th Amendment is unconstitutional, but Dershowitz should know better as an attorney and supposed legal scholar. He shouldn’t be getting schooled by a journalist who did not go to law school.