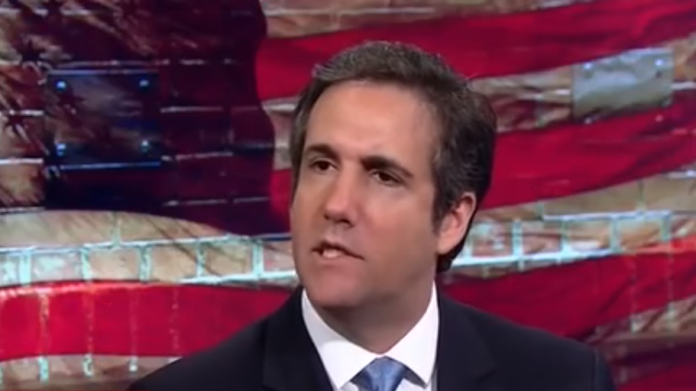 As if he isn’t already in enough legal trouble, Donald Trump’s personal attorney, Michael Cohen, is now refusing to obey an order from a federal judge to turn over a list of his clients.

U.S. District Judge Kimba Wood had given Cohen until 10 a.m. EST to turn over a full list of all his clients, but instead of complying, Cohen’s attorneys sent a letter to the court arguing that he is not required to do so.

Here’s what we know about Cohen’s previous legal work, according to ThinkProgress:

“From 2007 to 2017, Cohen said he only worked for Donald Trump and the Trump organization.

“From 2017 to 2018, Cohen said he was back in private practice and had only 10 clients. Seven of those were not legal clients and Cohen didn’t disclose their names. Two of the remaining three clients were Donald Trump, and Elliot Broidy. Cohen’s relationship with Broidy was disclosed last week by the Wall Street Journal, which reported that Cohen helped negotiate a $1.6 million hush money agreement between Broidy, a top Trump fundraiser, and a Playboy Playmate who he impregnated.”

The third legal client was not named by Cohen because that person “directed Cohen not to reveal the identity publicly.”

Stephen Ryan, who is representing Cohen, goes on to argue in his letter to Judge Wood that the names of all Cohen’s clients are protected by lawyer-client privilege and adds that revealing those names would be “embarrassing.”

In his letter to the court, Cohen’s lawyer also argues that his client’s case is “special” due to the fact that:

“Federal prosecutors have seized data and files of the personal attorney of the President of the United States.”

What also remains unclear is exactly how much of Cohen’s refusal to cooperate with Judge Wood is as a result of direction he may be receiving from the White House and President Trump himself. Trump reportedly spoke to Cohen on the phone at least once last week.

Cohen is slated to appear before Judge Wood at 2 p.m. Monday afternoon, and should he continue to refuse the court order for names of his clients, he could be jailed for contempt of court.

UPDATE: Cohen did indeed agree to turn over the names of his clients, and he has thre fo them:

Michael Cohen has never represented me in any matter. I never retained him, received an invoice, or paid legal fees. I have occasionally had brief discussions with him about legal questions about which I wanted his input and perspective.