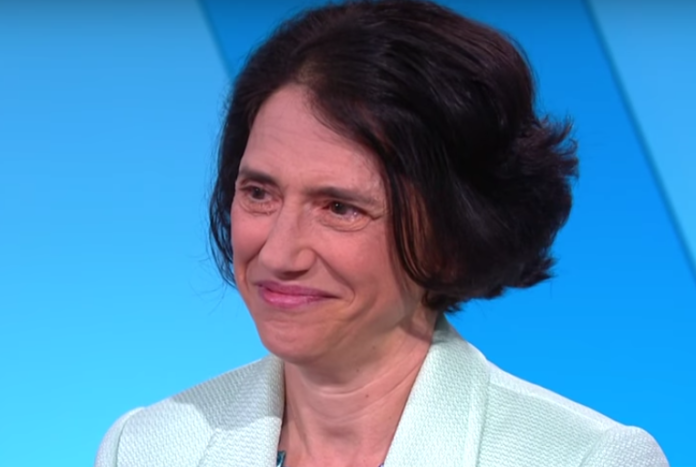 Conservative writer Jennifer Rubin argued in her latest Washington Post column this week that Republicans have nothing to lose anymore if they decided to dump President Donald Trump right now.

The country has spent the last three weeks in a government shutdown with no end in sight. Trump is still demanding his wall and is threatening to declare a national emergency even though no emergency exists. And now TSA agents, border patrol, and air traffic controllers are starting to look for other jobs to pay the bills, making the nation less safe as a result.

Of course, if Trump does declare a national emergency and forces his wall to be built, it could be the last straw for Republicans as an increasing number of Americans oppose Trump’s wall and blame him for the shutdown. Making such a declaration would be immediately challenged in federal courts. If former President Harry Truman couldn’t declare a national emergency to seize steel factories during the Korean War in 1952, the courts are unlikely to side with Trump when no emergency exists.

Plus, landowners are going to sue him for trying to seize their land, and that’s especially not going to go over very well since most border states are red states.

And that’s why Rubin believes Republicans will have finally had enough of Trump.

“Rather than provide an ‘off-ramp’ so he can declare victory in an unwinnable standoff, its most likely result will be the erosion of his power as a result of intensified judicial scrutiny and shattering of his support in the Republican Party,” Rubin wrote for The Washington Post.

Republicans in these states would all of a sudden face hostility from their constituents, which would finally force their hand.

The party has already been cracking over the last three weeks, with three Republicans in the Senate calling for a clean funding bill without wall money even as Trump insists that the party is united.

There is GREAT unity with the Republicans in the House and Senate, despite the Fake News Media working in overdrive to make the story look otherwise. The Opposition Party & the Dems know we must have Strong Border Security, but don’t want to give “Trump” another one of many wins!

Rubin pointed out that the longer and harder Trump insists on something, the more likely it is that the opposite he says is true.

“Trump is always most emphatic about matters on which he is on the thinnest ice (No contacts with Russia! Never said Mexico would pay!), so his insistence that Republicans are united should be an additional ‘tell’ that they are not,” she wrote.

Rubin went on to say that Trump may very well face a primary challenge in 2020, which is probably accurate since a few prominent Republicans are circling Trump just waiting for the right time to strike. For instance, Jeff Flake or Mitt Romney may be poised to take him on.

“He’s a diminished president whose inclination to double down only accelerates his decline,” she concluded. “It’s hard to imagine at this point that he wouldn’t face a primary challenge from within his party. After all, what do Republicans have to lose by dumping him?”

While Republicans have plenty to gain by dumping Trump, such as respect and, perhaps, votes from moderates and independents, they would likely lose their extreme base, which is why they have stuck with Trump even through his worst and most corrupt behavior and scandals. Just take Senator Lindsey Graham (R-S.C.) for example. He’s up for re-election in 2020 but has only become more of a staunch Trump defender over the last year, even urging Trump to declare a national emergency to seize power.

So, the real question is how many Republicans will come to the realization that they have nothing to lose except a dwindling base, and will it be enough to save the country from Trump?