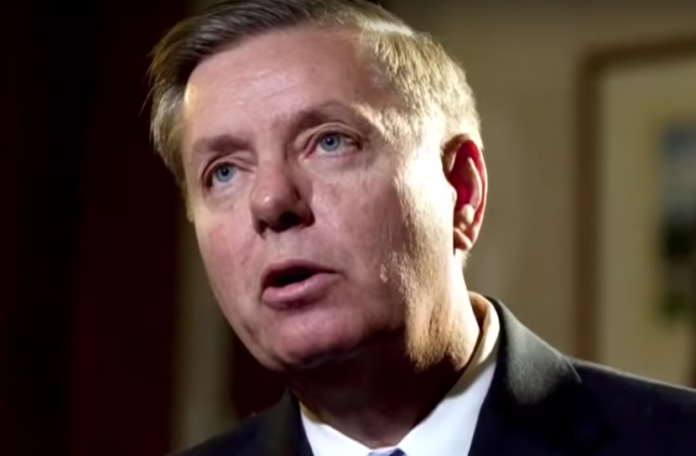 Trump has been musing for over a week now about possibly declaring a national emergency to build his wall even though no such emergency exists.

Lawmakers and legal experts alike have said that any such declaration by Trump would likely be deemed unconstitutional by the federal courts, especially since there is a precedent set by the Supreme Court on this very issue.

Rep. Adam Schiff (D-Calif.), the chairman of the House Intelligence Committee, explained to CNN last week that even former President Harry S Truman could not declare a national emergency to seize control of the steel industry during the Korean War.

“Look, if Harry Truman couldn’t nationalize the steel industry during wartime, this president doesn’t have the power to declare an emergency and build a multibillion-dollar wall on the border,” Schiff said.

Furthermore, declaring a national emergency would give Trump absolute power.

According to the Congressional Research Service, declaring a national emergency gives the president the power to “seize property, organize and control the means of production, seize commodities, assign military forces abroad, institute martial law, seize and control all transportation and communication, regulate the operation of private enterprise, restrict travel, and, in a variety of ways, control the lives of United States citizens.”

And that’s what Graham called for on Thursday on Twitter.

Mr. President, the Democrats are not working in good faith with you.

A clearly disgusted Scarborough responded by ripping Graham and the Republican Party a new one.

“We’re watching the political, ideological and moral collapse of my old Republican Party,” Scarborough said. “Make no mistake, Donald Trump’s amorality is driving this collapse, but his Republican allies on Capitol Hill and in powerful positions across America are too eager and too willing to be his accomplices.”

“I’ve known Lindsey for years, we came in together in Congress in 1994, and Lindsey was always considered to be one of the most genial, reasonable and measured members of Congress,” he continued. “As a presidential candidate in 2016, he routinely warned us of the moral rot that the election of Donald Trump as the party’s nominee would bring to the Republican Party, and he said that unhinged Manhattan developer would destroy the GOP if he were elected.”

“Well, Lindsey was right then, but now he’s one of the administration’s leading henchman in hatching plots to run roughshod over our nation’s traditions and turn the party into a rudderless collection of mini-me Donald Trumps.”

Indeed, Graham even once criticized Trump’s border wall demand along with many of his other GOP colleagues, referring to it as “not a smart investment.”

Scarborough concluded by saying Graham should no longer be in Congress if he is so willing to let Trump seize absolute power to get his way.

“That same Lindsey Graham who actually followed John McCain’s lead for so long is actually the Republican who is using his position as Senate chairman of the Judiciary Committee to encourage Donald Trump to declare a national emergency and illegally seize Article I powers if he doesn’t get his way on the border wall. Think about that for a second, and it is illegal, it will be overturned by the Supreme Court of the United States, and if Lindsey Graham doesn’t know that, then he shouldn’t even be in Congress.”

Lindsey Graham has clearly abdicated his role as a United States Senator, who is duty bound to act as a check on executive power as directed by the Constitution. This is not the behavior of a senator, but a mere lackey who no longer cares about democracy, the rule of law or the institutions we hold so dear, assuming he ever cared about them at all.

Instead of a president, Graham seems to want a dictator who can seize the Internet, persecute political opponents and critics, cancel elections and basically do whatever he wants as long as Republicans get their way. It would be the destruction of our nation as we know it and every citizen should be outraged by it. The possibility of Trump declaring a national emergency is the real national emergency, and Senate Republicans are prepared to just let it happen.