The United States Blues
Home News Customs official interrogates and harasses journalist at LAX under a picture of... 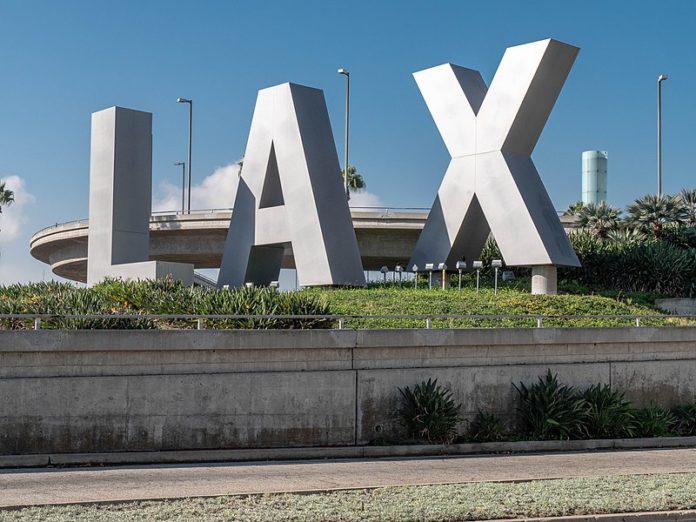 President Donald Trump’s hostility towards journalists now extends to Customs at airports as one man found out this week after being harassed and interrogated at Los Angeles International Airport (LAX).

As we all know, Trump refers to any media outlet he doesn’t like as “fake news,” with CNN and MSNBC as two of his favorite targets. Because of his attacks, journalists around the world have been subjected to harassment, imprisonment or worse.

On Thursday, Empire Magazine journalist James Dyer went through Customs and Immigration at LAX and found out that anti-journalism fervor infects American airport security as well.

All Dyer wanted to do is get through Customs like thousands of other people every day. But unlike most Americans, Dyer had to deal with a Trump-supporting Customs officer who decided to harass him for being a journalist, and all under a picture of Trump.

Wow. Just… wow. Just went through LAX immigration. Presented my journalist visa and was stopped by the CBP agent and accused of being part of the ‘fake news media’.

He wanted to know if I’d ever worked for CNN or MSNBC or other outlets that are “spreading lies to the American people.” He aggressively told me that journalists are liars and are attacking their democracy.

Apparently the only truth now comes from YouTube and the president. All this said under a CBP sign that says “we are the face of our nation.” And with a framed picture of 45 staring down. In fucking California!!! Welcome to Trump’s America!

He let me go after I said that I was just here to write about Star Wars, and would keep the fake news about that to a bare minimum. Thankfully the statute of limitations has expired on @ChrisHewitt’s 5 star review of Attack Of The Clones…

The fact that I had been watching Years And Years on the plane made it particularly poignant! This isn’t news but the malignant affect this presidency has had on what was once a beacon of democracy and freedom is absolutely chilling.

Indeed, journalists deserve respect and are essential to maintaining democracy and freedom. They serve as a check on power and strive to investigate in order to find the truth. But Trump hates any journalist that does not subscribe to his propaganda and his assaults on press freedom is having a ripple effect across the country and around the world. Dyer stressed that he was not detained or assaulted, but that could easily change as Trump’s supporters continue to be incited to commit violence against Trump’s “enemies”.