The United States Blues
Home News Democratic lawmaker lays out how Trump will get his people arrested... 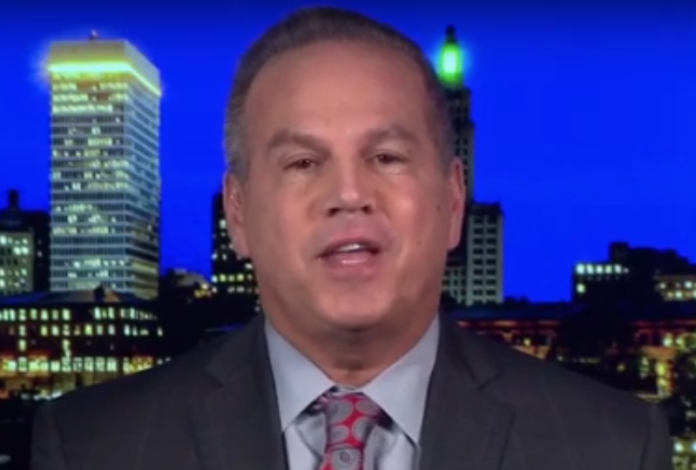 President Donald Trump’s current and former staffers had better start complying with congressional subpoenas because Rep. David Cicilline (D-R.I.) is suggesting Congress will start having them arrested and jailed for contempt.

The House Oversight Committee, House Judiciary Committee and House Ways and Means Committee have all issued subpoenas for documents or witness testimony only to be ignored or blocked by Trump.

House Democrats are seeking Trump’s financial records, which he has filed a lawsuit to delay. Democrats are also demanding the release of Trump’s taxes, but Trump’s IRS officials and Treasury Secretary Steve Mnuchin are stonewalling. And Democrats are also requesting former White House Counsel Don McGahn and other staffers who talked to Special Counsel Robert Mueller testify in Congress to confirm their statements, which Trump is stalling by ordering them to ignore the subpoenas.

During Thursday’s episode of “Hardball” on MSNBC, host Chris Matthews spoke to Cicilline, a member of the House Judiciary Committee, and asked him what Congress can do about Trump’s tactics.

“First of all Chris, Congress cannot allow the president to prevent us from conducting our oversight,” Cicilline began. “There are three things Congress can do if witnesses refuse to comply with a lawfully issued subpoena.”

“One is refer to the Department of Justice for prosecution because that’s a crime,” Cicilline said. “We don’t have a lot confidence Mr. Barr will do that.”

Indeed, Attorney General Bill Barr is literally acting as Trump’s personal protector, even if it means ignoring the law and his duty to enforce it.

“The second is start a civil proceeding and get a citation from the court that would judge that person in contempt and do it that way,” he continued.

Of course, Trump and his lawyers can stall those proceedings and appeal decisions all the way up to the Supreme Court. It’s likely Trump would lose, but it will be a slow process.

However, Cicilline pointed out that there’s one more option Congress has used in the past and it could mean seeing some Trump officials behind bars.

“But there’s a third method which we can do right away,” he said. “Since 1821, the Supreme Court has recognized the inherent right of Congress to hold individuals in contempt and to imprison them. Congress has the responsibility, and I would say the obligation, to hold individuals in contempt who do not comply with a lawful subpoena, who do not produce documents, and we ought to be prepared to imprison them because we have that inherent right.”

That would be quite a bold and appropriate response to Trump’s lawlessness and disrespect for oversight and the Constitution.

Matthews wondered how Congress would have the Sergeant of Arms arrest Trump officials since they have Secret Service protection.

But Cicilline explained that Secret Service did not stand in the way when Congress had officials arrested in 1935 for refusing to comply with a subpoena.

“Chris, that’s exactly what happened in 1935, they put the person in custody for 10 days,” he said. “Congress has to be serious about this. We have three ways to make sure the witnesses comply and we have to use them.”

It’s unlikely that Secret Service would block Congress from exercising their ability to arrest White House officials for contempt. Their job is to protect the president, not his staffers. And their job is certainly not to help staffers thwart the law. If Trump officials think they can continue to ignore Congress, they better think again before they end up having to think about what they are doing in a cell. At this point, millions of Americans are ready for many of Trump’s minions to be in prison anyway.

Congress might as well give the people what they want.