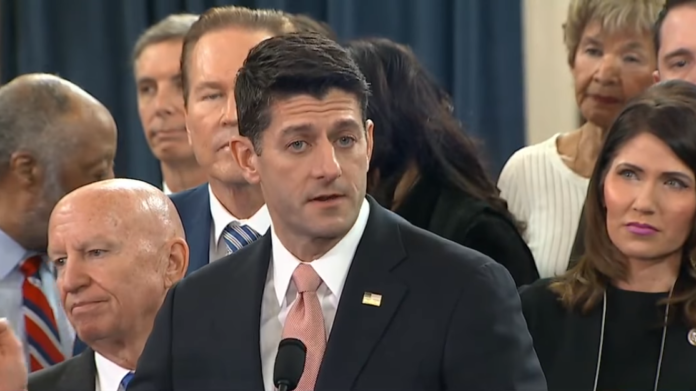 The upcoming midterm election in November appears it will be a good one for Democrats, but an election expert is suggesting that the GOP has already lost the House of Representatives and is predicting that Republicans will get swamped at the polls.

Chris Krueger, managing editor of Cowen & Co.’s Washington Research Group, told Mike Allen of Axios that in the six previous midterm elections where the sitting president’s job approval rating was under 50 percent, that party lost an average of 43 seats. Democrats only need to win 24 seats to regain control of the House, and Trump’s approval rating is now at 39 percent.

Kreuger also noted that the Democrats are already halfway to gaining the 24 seats they need:

“California is the citadel of the resistance, which has 14 House Republicans. Between retirements, losing state-and-local tax deductions in the tax bill, and Trump’s California disapproval, the Golden State could lose half its GOP delegation. The new Pennsylvania redistricting map — and similar anti-Trump trend lines — could cost Rs as many as six seats.  These two states get you halfway to a Democratic House.”

Democrats may also make significant gains in the suburbs. The big wins in Virginia and New Jersey gubernatorial races suggest that the tide has turned against the GOP. Also, there are 23 House Republican seats in districts Clinton won, and the majority of them are located in the suburbs, where Democrats struggled in 2016.

The wildcard in the midterm election? The so-called “Trump coalition.” Will Trump voters show up in large numbers without him on the ballot? It seems unlikely:

If that proves to be true, November could be catastrophic for the Republican party and the president. Keep in mind that impeachment proceedings against Trump would have to originate in the House.