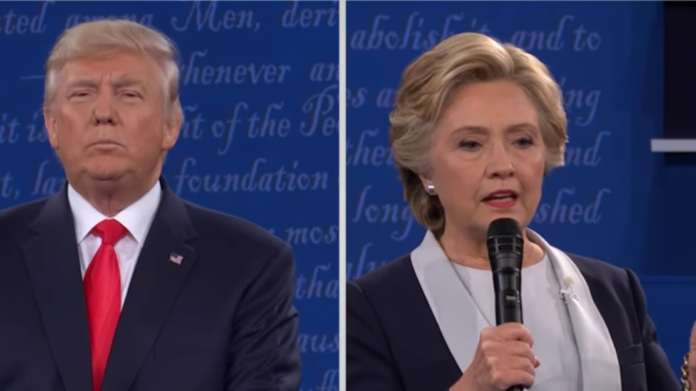 During the contentious 2016 race for the White House, Facebook was a key part of the ad strategy for both the Clinton and Trump campaigns. Millions were spent on ads by both candidates, but it now appears that Trump got a lot more bang for his buck.

Antonio García Martínez was once a senior executive at Facebook. He oversaw Facebook’s overall advertising platform, and recently published and article in Wired in which he alleges that the top social media site in the world routinely charged the Clinton camp more for ads than it did Trump:

“During the run-up to the election, the Trump and Clinton campaigns bid ruthlessly for the same online real estate in front of the same swing-state voters. But because Trump used provocative content to stoke social media buzz, and he was better able to drive likes, comments, and shares than Clinton, his bids received a boost from Facebook’s click model, effectively winning him more media for less money. In essence, Clinton was paying Manhattan prices for the square footage on your smartphone’s screen, while Trump was paying Detroit prices. Facebook users in swing states who felt Trump had taken over their news feeds may not have been hallucinating.”

On Tuesday, Brad Parscale was named chairman of Trump’s 2020 campaign, but in 2016 Parscale was digital media director of the Trump for president effort. And even he admits that the Trump team got bargain basement prices for ads:

“Parscale later wrote, ‘I bet we were 100x to 200x her. We had CPMs that were pennies in some cases. This is why @realDonaldTrump was a perfect candidate for Facebook.’ Clinton’s 2016 communications director, Jennifer Palmieri, agreed with Parscale’s estimate.”

An eCPM, it should be noted, is Facebook’s term for an ad campaign’s effective cost (e) per 1,000 impressions (CPM).

Facebook’s Future May Be a Regulated One

Law & Crime reports that regulations may be in the offing for Facebook, and that could be bad news for their income model as it relates to ads:

“Due in part to Facebook’s easily-gamed advertising structure and because of the platform’s relative ubiquity, the Open Markets Institute, a non-partisan anti-monopoly think tank, called on the Federal Trade Commission to ‘conduct a thorough review of Facebook’s dominance in social networking and online advertising; assess the hazards that this dominance poses to commerce and competition, basic democratic institutions, and national security…issue recommendations on how to address these threats…[and] adopt a presumptive ban on all acquisitions by Facebook.'”

Another question that has yet to be fully answered: Did Russian bots and trolls help boost pro-Trump postings on Facebook and Twitter, making the Trump campaign’s ad spending even more effective? And if they did, what does that say about Facebook’s vetting process for those who use their service and purchase ad space?

The Open Markets Institute thinks Facebook has some fundamental flaws that make it a digital behemoth without any oversight or rules to follow. And that could prove to be dangerous to the very foundations of our democracy:

“Facebook’s role as a critical gatekeeper gives the corporation the ability to regulate communications across vast swaths of American society, and to serve as a self-appointed censor of the content of a large and growing portion of online communications. At the same time, recent events reveal that Facebook has become too big and complex for any executive team to manage responsibly.”

Facebook will likely play an even larger role in 2020. Will Congress get around to regulating them before then, or are we headed for another election where Trump spends less for ads but gets much more, almost guaranteeing he’s reelected?