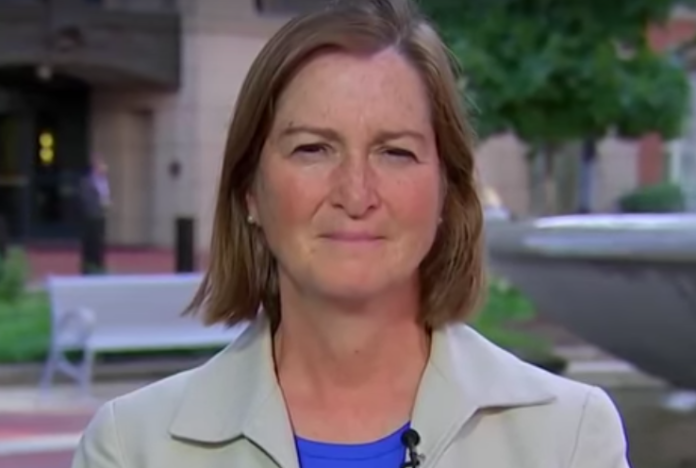 Former federal prosecutor Barbara McQuade wrote an op-ed on Thursday explaining how Michael Cohen’s explosive testimony to Congress the day before puts President Donald Trump even closer to Russian meddling in the 2016 Election.

We all know that Special Counsel Robert Mueller is conducting the Russia investigation and that he may be issuing a final report soon. But he may extend the investigation in response to Cohen’s damning testimony in an effort to corroborate what he said, if he hasn’t already.

Using bricks as a metaphor for pieces of evidence used to build a solid case, which she compared to a brick wall, McQuade began by conceding that Cohen’s testimony alone is not enough to charge Trump, but putting it together with more pieces of evidence could be.

“Michael Cohen’s public testimony on Wednesday did not constitute a wall of evidence, but it did provide several new bricks that could be used to build a case against President Donald Trump,” she wrote for The Daily Beast. “Depending on other evidence in the hands of Special Counsel Robert Mueller, these pieces of evidence may be enough to prove Trump guilty of criminal or impeachable offenses.”

For instance, Cohen testified on Wednesday that he heard a phone call between Trump and recently indicted Trump associate Roger Stone, who helped orchestrate the release of hacked Hilary Clinton and DNC emails by Russia with Wikileaks.

“Mr. Trump knew from Roger Stone in advance about the WikiLeaks drop of emails,” Cohen revealed in his opening statement. “In July 2016, days before the Democratic convention, I was in Mr. Trump’s office when his secretary announced that Roger Stone was on the phone. Mr. Trump put Mr. Stone on the speakerphone. Mr. Stone told Mr. Trump that he had just gotten off the phone with Julian Assange and that Mr. Assange told Mr. Stone that, within a couple of days, there would be a massive dump of emails that would damage Hillary Clinton’s campaign. Mr. Trump responded by stating to the effect of ‘wouldn’t that be great.'”

“Mueller has already charged 12 Russian intelligence officers with conspiring to defraud the United States by interfering with the fair administration of elections,” McQuade pointed out. “As alleged, the objective of the conspiracy was to hack, steal, and stage the release of emails. If Mueller can establish that Stone, Trump, or others participated in the same conspiracy, such as by suggesting the timing of the release, then they could be properly charged as co-conspirators with the Russian intelligence officers.”

“The call that Cohen says he heard between Trump and Stone alone does not establish that Stone and Trump participated in a conspiracy with the Russian hackers, but it is a piece of evidence, combined with other evidence, that could help establish sufficient evidence of a crime,” she continued.

Cohen also testified that he heard Donald Trump Jr. inform his dad that the Trump Tower meeting with Russian agents to get dirt on Hillary Clinton is “all set.”

But again, while McQuade says it’s not enough, Mueller could easily combine it with other evidence to build a good case.

“Mueller would want to find other evidence to confirm Cohen’s testimony, such as phone records, bank records, intelligence intercepts, or the testimony of others,” she wrote. “All of these pieces of evidence mean little when viewed alone, but when considered together, they may add up to a case against the president.”

Even former Director of National Intelligence James Clapper has concluded that Cohen’s testimony reveals that Trump knew all along about his campaign’s contacts with Russia.

McQuade concluded by saying Trump will finally get a wall.

“President Trump may get his wall built after all, just not the kind he had envisioned,” she said.

And that wall of evidence could give Trump four new walls. In his prison cell.