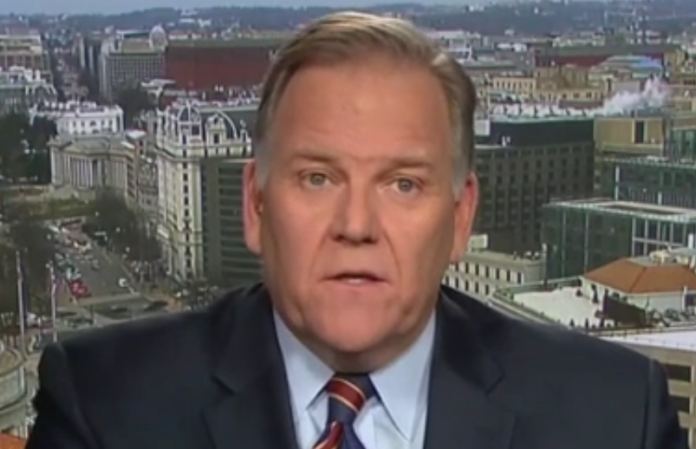 The FBI arrested Stone after Special Counsel Robert Mueller secured an indictment charging him with witness tampering, obstruction of justice and lying to Congress among seven counts in connection with his communications with Wikileaks on behalf of the Trump campaign during the 2016 Election.

Stone has previously vowed to never flip on Trump, but indicated during an interview on ABC’s This Week that he might cooperate with Mueller, which must terrify Trump to his core.

So, Trump might be inclined to consider pardoning Stone as he has for his other associates who ended up taking plea deals from Mueller in exchange for their cooperation.

But that would be political suicide, Rogers argued during an appearance on CNN.

“I think it depended on if he wants to run for president again,” Rogers began when asked about the possibility of a pardon. “I don’t think it is politically palatable to do that and then seek re-election for office. I think if you read the original indictment of Roger Stone that they even indicated in there, the prosecution indicated, there is likely charges to be filed subsequent to this. There is more to this story than we’re seeing in the original indictment. I think it gets harder, not easier, for the president to even offer that pardon.”

Indeed, Trump and his allies have frequently insisted that Mueller’s indictments have nothing to do with him and that it’s all about the individuals being indicted. If Trump pardons Stone, it would be like admitting that Stone has something to tell prosecutors that Trump doesn’t want to be revealed. And we all know that the cover-up is usually worse than the crime. A pardon would be akin to a cover-up because Stone would keep his mouth shut, which Rogers said he doesn’t believe Stone will do.

“I know everybody said he’s not going to testify against the president,” Rogers said. “He left it open by saying they won’t make me lie about the president. There is a lot of truth in there that may or may not get people in trouble.”

Keep in mind that this warning is coming from a former House Intelligence Committee chair who is also a Republican. He must think that his former Republican colleagues will not take such a pardon lightly and that they might turn on Trump if he does it. Again, pardoning Stone would make it strongly apparent that Trump wants to keep Stone from talking and everyone would want to know why, especially since Trump claims he’s innocent.